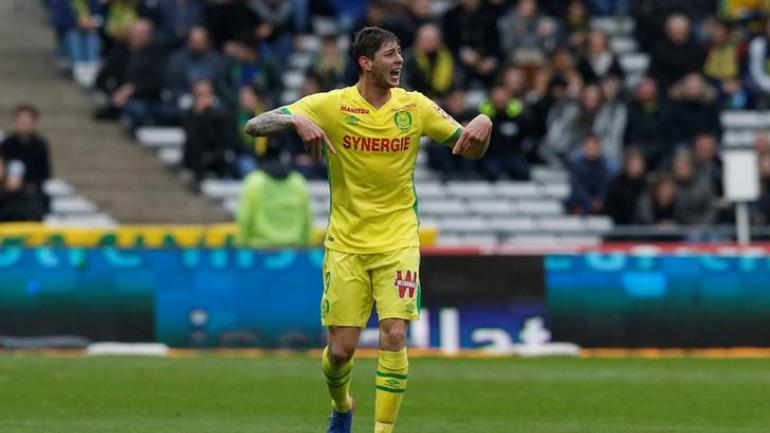 Emiliano Sala’s absence was noted on Arsenal’s matchday programme ahead of Cardiff’s first fixture since the disappearance of the aeroplane carrying the striker.

Arsenal hosted the Bluebirds at the Emirates Stadium on Tuesday night, observing the missing Sala by using a daffodil flower by his name on the matchday programme.

Writing in the programme, Arsenal manager Unai Emery and captain Laurent Koscielny paid tribute to Sala and pilot David Ibbotson, adding that the pair will be in the thoughts of everyone involved in the evening’s proceedings.

??? Three points at the Emirates – duty done ✅?Our thoughts tonight are with Emiliano Sala as well. ?? #sm20 @arsenal pic.twitter.com/VSdpUNLoMc

Koscielny compared the atmosphere and tension under the circumstances to matches he played for France during and after the Paris terror attacks in 2015.

He wrote: “It is hard to get into the game at times. You have to be professional, but you also feel the emotion, the sadness around you. “There are things far more important than football and you don’t know what tomorrow will bring. I am very happy that the searches are now continuing. ”

Remarking that players and fans had helped to fund the continuing searches, he added: “It shows that football is a big family. When something sad happens, we all get together and we all help each other.”

Television host and Arsenal supporter Piers Morgan was among dozens on Twitter commending the club, tweeting: “Emiliano Sala would have made his Premier League debut for Cardiff at Arsenal tonight. “The programme at the Emirates includes his name, and a daffodil beside it. Classy touch. What a terrible tragedy. RIP Emiliano.”

Daffodil flower pin badges were also distributed to the media attending the game, which was scheduled to kick-off at 7.45pm GMT.

It is eight days since the Piper PA-46 Malibu carrying the Argentinian striker and pilot Ibbotson disappeared over the English Channel, two days after his transfer to Cardiff in a £15million deal from Nantes. The official search was called off last Thursday, but fundraisers have paid for a private exploration.

Cardiff boss Neil Warnock on Monday admitted he had questioned his own future in the wake of the tragedy, which he described as “by far the most difficult week” of his 40-year career in football management.