As Uhuru Kenyatta sends his top boss  Interior Cabinet Secretary Fred Matiangi’ to oversee development in Nyanza, one of the region’s home boss has caused drama at a hospital facility project that is playing with tax payers money.

Migori governor Okoth Obado payed an impromptu visit at Nyamaraga health center to inspectthe ongoing construction.This managed to uneart his fury upon discovery that the ongoing contruction was a total mess

The governor also expressed his disappointment on how county resources were squandered, arguing that if the ongoing construction was a private construction, it would be done for less money but the quality would not be compromised. 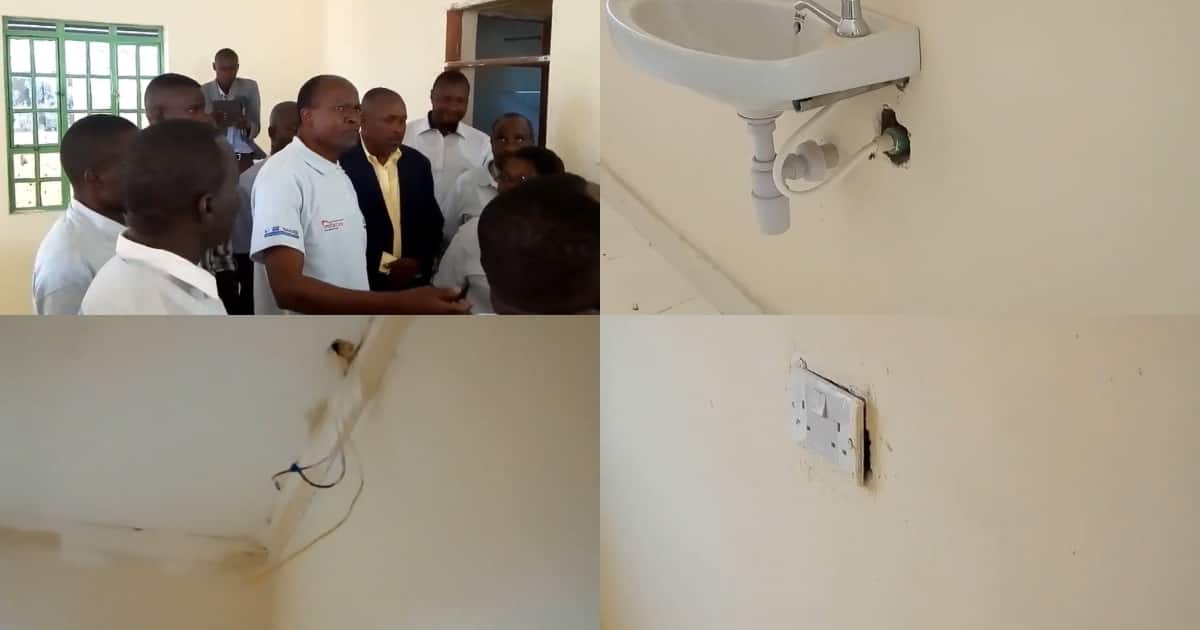 Among the things he lamented over were the terribly fixed ceiling boards, loosely hanging power sockets, and the faultily installed sinks.

If you are building such a facility using your own money, you will spend a small amount of money but get quality work done. Here, the county is spending a lot of resources but we are getting a substandard job. Then finally people will put all the blame on me and say that I squandered their money,” Obado noted.

He threatened not to pay the contractor a single penny until the necessary changes were done,

He also warned that the contractor would face disciplinary action from the county government if he did not make the necessary changes.