One man who was a suspect in the Garissa University attack has been acquitted by the courts.

On Tuesday, the court acquitted Osman Abdi Dagane, who was a watchman at the institution, saying there was no evidence linking him to the attack.

Dagane had been accused that he was seen taking photographs at the scene and had been in communication with the terrorists.

In acquitting him, Magistrate Francis Andayi ruled that the person who claimed to have seen him taking photos was never brought to court and there was no evidence showing he communicated with the terrorists.

The photographs he was also alleged to have taken were also never produced in court. 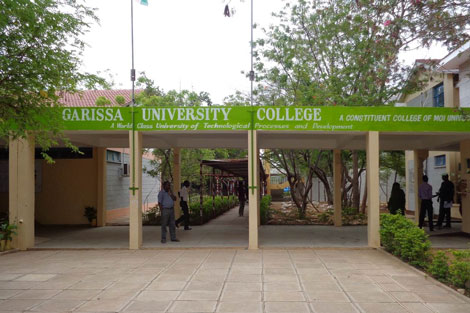 However, the court ruled that Rashid Mberesero, Sahal Diriy Hussein, Hassan Edin Hassan and Muhamed Abdi Abikar had a case to answer.

During the attack, the terrorists killed 147 people, mostly students, and injured at least 79 during the dawn attack.

They detonated suicide vests injuring some of the security forces.

One suspect, described as a terrorist by the government, was reportedly arrested while leaving the college.