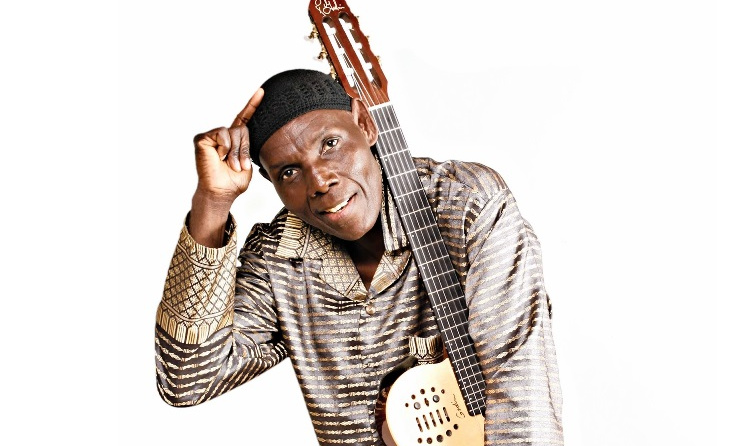 A legend in the music Industry has reportedly fallen on the same day another legend also went down.Legendary Zimbabwean musician Oliver Mtukudzi has died on the same day as celebrated South African trumpeter and Jazz artiste Hugh Masekela.

Oliver Mtukudzi who was rushed to hospital early this week after he was overwhelmed by an ailment succumbed on Wednesday Jan 23.

Oliver Mtukudzi, born in 1952 in the Zimbabwean capital, Harare, was a superstar throughout Central Africa. His talents as a singer and guitarist have long been recognized by the people of his country and by those in the sub-region, though less by westerners.

Mtukudzi wrote lyrics that raised the issue of violence perpetrated by supporters of President Robert Mugabe. He also sang about the economic and social problems of his country and his continent while conveying  generous dose of optimism through his captivating music.

His took pleasure, in his compositions, in mixing different types of instruments, both modern and traditional. Blending chimurenga, started by Thomas Mapfumo, with mbaqanga (South Africa), pop and rock, his melodies never leave you cold.
Affectionately nicknamed Tuku by Zimbabweans, Oliver Mtukudzi has won numerous awards.

In 2003, he received the highest distinction in African music, the Kora award, as top male artist in Africa and for lifetime achievement. In 2011, he was named UNICEF Goodwill Ambassador for southern and eastern Africa.