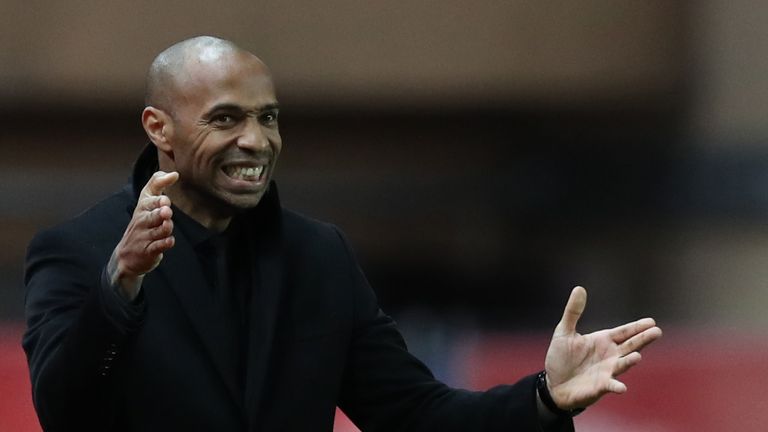 Monaco coach Thierry Henry insisted he was more concerned about the club’s future than his own.

Struggling in the relegation zone in Ligue 1, Monaco also bowed out of the Coupe de France with a 3-1 loss to Metz on Tuesday.

Henry only took over at his former club in October, but he has been unable to turn around their struggles this season.However, the Frenchman said any decision over his future was in the owners’ hands, with his focus on Monaco.

“My future? Owners would decide when they need to decide. I am more worried for Monaco’s future. I already said that,” Henry told a news conference. “I will repeat. No need to always ask the same question, I would answer the same thing – Atletico Madrid have been relegated in the 90s with stronger players than us. [Real] Zaragoza as well more recently as you know. I could talk about all the leagues.

“We are in this situation, even if it was Coupe de France and now we are out but this weekend against Dijon in Ligue 1 it’s going to be war.”

Sitting three points from safety, Monaco face fellow strugglers Dijon on Saturday. Monaco recently signed World Cup winner Cesc Fabregas in the January Transfer window but not even that seems like it will save them from relegation at the moment. Something has to change for Theirry Henry and it needs to change now!