Poor Hector Bellerin. A little over 70 minutes in making his return to the Arsenal fold after more than a month out with injury, the Spaniard had to be stretchered off the Emirates pitch after being thus far imperative to the Gunners’ 2-0 standing over top-four rivals Chelsea.

With an anterior cruciate ligament, the 23-year-old is now devastatingly out for an expected six to nine months, obviously putting an end to his season and into the next.

Manager Unai Emery has insisted that he won’t venture into the transfer market to install a replacement for the right-back, with the new Arsenal coach said to be satisfied with temporary replacements Ainsley Maitland-Niles and summer signing Stephan Lichtsteiner.

However, with such a long-term injury affecting his first-choice defender on the right-blank, who could Emery look to either this month, or in the summer to fill the Bellerin-shaped void adequately?

One of the hottest properties on the continent at the moment, the Porto defender has been said to have attracted the interest of some of the giants of the game, with both Manchester United and Real Madrid raising their heads.

A natural centre-back, Militao would be more than an adequate replacement to deputise a right-back and then move into the centre upon Bellerin’s return.

It would take a monumental sum to prise him from Portugal with the aforementioned teams lurking, but would a coup it would be!

Currently contracted at Monaco until 2022, with Les Monegasques still slumped in the Ligue 1 relegation zone, as well as the cordial relations between Arsenal and current manager Thierry Henry (depending on how long he lasts) it would be understandable for Sidibe to seek a move elsewhere, should the unthinkable happen and Monaco descend into Ligue 1, just two seasons after winning the title.

A little bit closer to home now, a Euro Championship winner with the Portugal, 27-year-old Soares was a sure-starter under Mark Hughes, but finds himself pushed down the pecking under new Southampton gaffer Ralph Hasenhuttl, not regaining his starting berth after returning from injury. 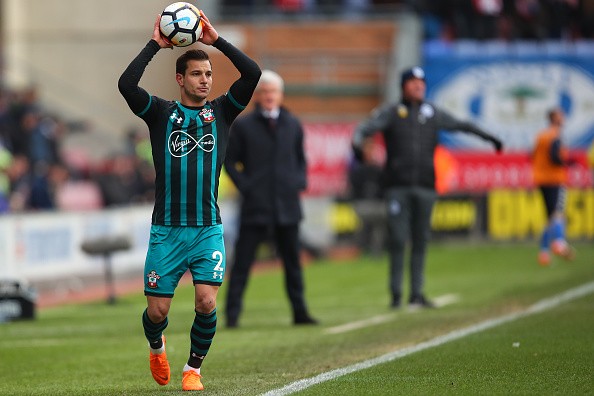 With a little over 18 months left on his contract, bit of a bargain-bucket buy this one, but comes with a wealth of Premier League – and European – experience.

It’s incredible to think that Matteo Darmian is 29-year-old, having failed to gain a solid footing at the Red Devils in his almost four years at Old Trafford. Out of contract in the summer (though United will no doubt trigger the one-year option) Arsenal could do a lot worse than picking up the Italian, who has been recently linked with Serie A champions Juventus.

The once-frosty relationship between Arsenal and Manchester United has considerably thawed in recent years, with players such as Alexis Sanchez, Mikael Silvestre, Henrikh Mkhitaryan and, of course, Robin van Persie being exchanged. Will Darmian be added to that list?