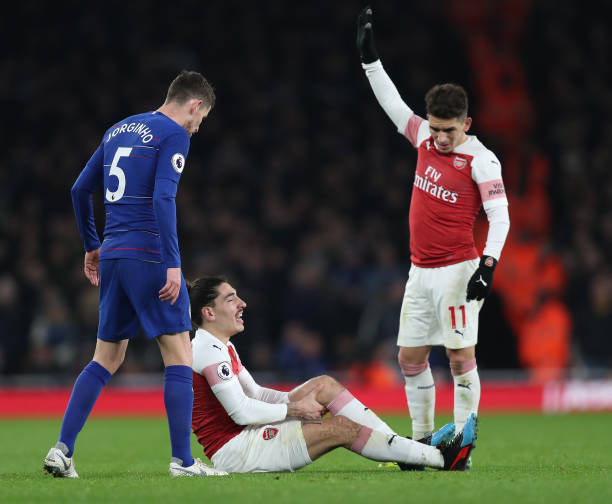 Arsenal are unlikely to sign a replacement for Hector Bellerin this month even if scans confirm he will miss the rest of the season with a serious knee injury.

Bellerin, who was making his first start since suffering a calf injury last month, went down in the second half after overstretching as he tried to dispossess Chelsea’s Marcos Alonso. The full-back clutched his left knee and lay in agony on the Emirates pitch before receiving treatment for several minutes from Arsenal’s medical staff. 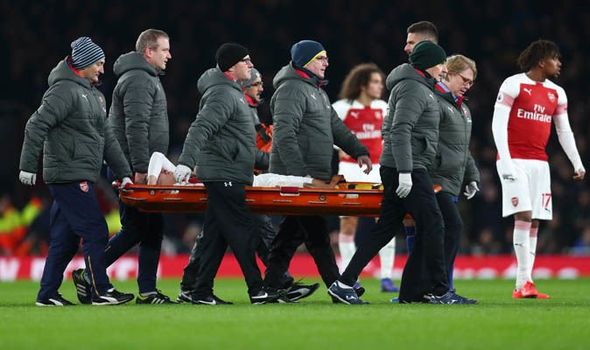 If the injury is serious, Arsenal can use Ainsley Maitland-Niles or Stephen Lichsteiner at right-back.

Bellerin received a standing ovation as he was stretchered off with 20 minutes left to play, with Mohamed Elneny coming on to replace him.

Speaking after the game, Arsenal boss Unai Emery gave a downbeat assessment of the injury sustained by the Arsenal right-back.

“It is his knee and the first prediction is it is an important [bad] injury,” Emery said.

“We have to wait until tomorrow, but first impressions are not positive.”