Jack Mutuma Mbabu will now join Mang’u boys high school after he was denied a place at Starehe Boys Centre after he scored 417 marks in last year’s Kenya Certificate for Primary Education examinations.

While addressing the issue  Education Cabinet Secretary Amina Mohamed said the ministry intervened to ensure the boy gets a school.

Starehe Boys Centre acting director Josphat Mwaura was quoted as saying the boy was denied admission because he had not been selected to join the school. 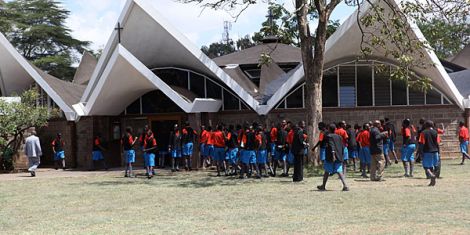 He, however, said he was among 24 students recommended for consideration by the ministry.

The school also accused the boy’s father of behaving inappropriately and failing to follow admission procedures.

Well Kenyans online have come out telling off Starehe boys centre for their misconduct towards the boy.Here are some reactions.

Starehe is registered as a charity, infact by its name, it is Starehe Boys Centre not High School. GoK is one of the donors which provides teachers and capitation for boys which the government would still be responsible for providing education to.

THE KENYAN GOVERNMENT Must take a serious ACTION against Starehe Boys Center. We cant have rogue institutions that DO NOT recognize AUTHORITY in the land. Why are there Government Teachers in that School to begin with? @AMB_A_Mohammed You cant coil your tail. This is not right

How you @OldStarehians and @Starehe_Boys handle issues of public accountability is what will guide perception not individual invites to visit. I commend your responses @okothkenneth but others are waging war instead of responding to issues! https://t.co/hn8ZH5avAE