In the aftermath of the Deadly Riverside Terror Attack that left some 21 innocent people dead, Kenyans have started asking some hard questions. Some of them include why Kenyan Troops are still in Somalia and why our country has become a target for these terrorists.

Activist Boniface Mwangi has pieced an article titled: Kenya Has Failed Her Youth

My heart goes out to the families who lost loved ones during the senseless DusitD2 terror attack. And to those still nursing wounds, I wish you a quick recovery.

Our nation is traumatized, and we need to have an honest conversation about why we are frequent targets of these attacks.

Kenyan troops have been fighting in Somalia for the last 8 years. Over 1000 soldiers have died, with many more maimed, but their sacrifice was in vain. No one, apart from their families, remembers them. It is a great honour to die for your country but utterly pointless to die for no cause. Our presence in Somalia has no exit strategy. The soldiers are on an indefinite ghost-chasing mission. In the time that Kenyan troops have been in Somalia, they have been called out by the UN for colluding with Al-Shabaab to smuggle sugar and charcoal. The truth is, while the infantry is not involved in the smuggling, their bosses are. Kenyan Military Generals, and their political benefactors, are conducting business in Somalia. They acquire tenders to supply our troops with food, water, fuel and ammunition. A Kenyan MP held a press conference a few years ago to say he has a list of who is funding terrorists in Kenya. That politician and his North Eastern cartel run a contraband smuggling ring from Kismayo to Kenya. They also help coordinate how Somali warlords can invest their money in Kenya.
Terrorists have hit Kenya many times and the people who have carried out the attacks were either Kenyan or led by Kenyans. Young, desperate Kenyans who feel they have no stake in the country have been radicalized. Unless you’re rich or famous, your life is of no value. Youth in the ghettos of Nairobi are hunted down by police and put down like rabid dogs. We have outdated colonial laws that allow police to arrest you for “loitering”, not carrying an ID, being drunk and disorderly, dumping, etc. All these offences are used by police to extort and detain young people.

When young people take to the streets to protest injustices, they’re teargassed, beaten and sometimes shot dead. When they go to the streets to take pictures, they’re arrested and accused of shooting pornography. When parents fail to teach their children values and high school children are found in bars, police are called instead of the school counselor. We have criminalized being youth.

Killer cops under the direction of the Director of Criminal Investigations and Inspector General are allowed to execute suspects. It is only economically disadvantaged suspects who are executed. Suspicion alone is enough to get you killed. Young men coming of age in the ghettos of Nairobi cannot wear bling because the police arrest and kill young people who wear bling or are “too smart”. Even the way you’re dressed can get you killed. 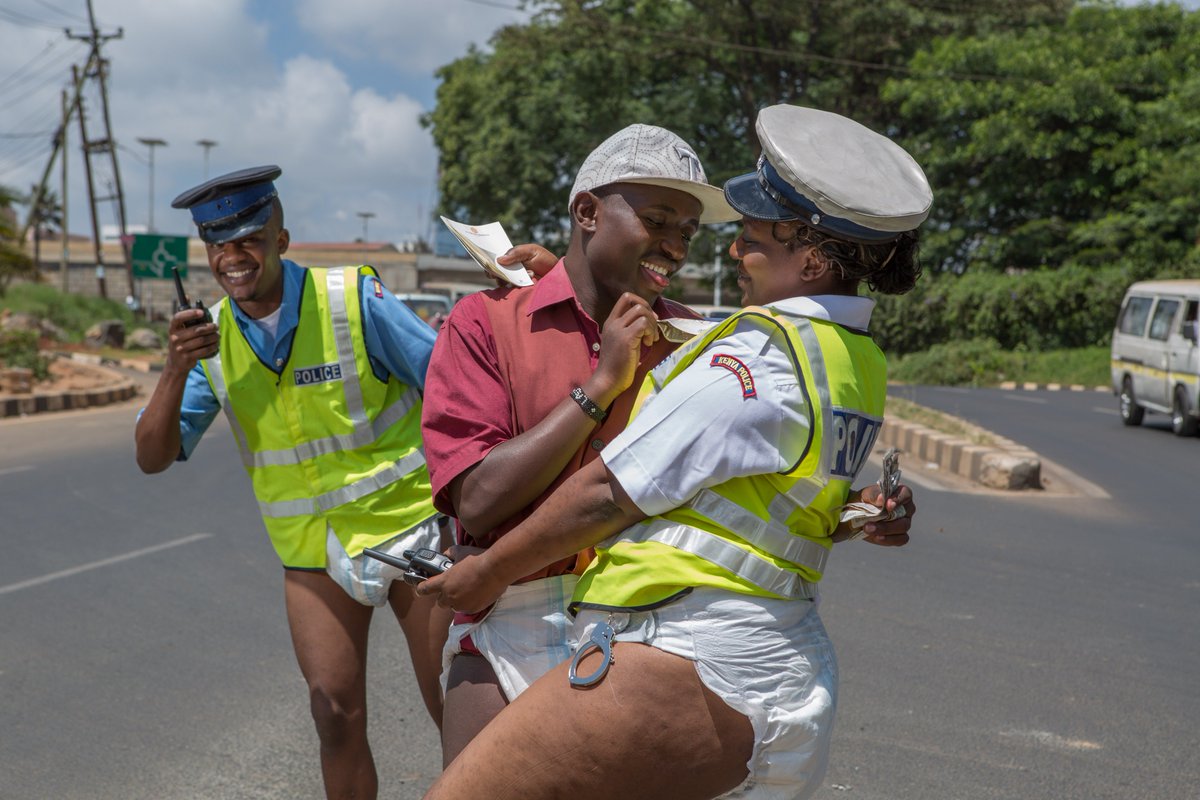 Our neighborhoods have no playgrounds, no social centers, no public libraries, mainly because most of the grounds where they would have been located have been grabbed. Food prices are controlled by cartels. Public transport is run by cartels. Our water gets rationed, because cartels own water supply trucks.

In a country where majority of the people are dishonest and where young people think that corruption isn’t bad if you don’t get caught, it is very easy for someone to become radicalized. A terror outfit like Al-Shabaab offers a comradeship and a misguided sense of belonging that Kenya sadly doesn’t offer many young people.