Mumias Sugar Company’s board and MD Patrick Chebosi were Thursday reading from different scripts with the latter saying he had been asked to go on leave.

Mr Chebosi’s statement was different from company chairman Kennedy Gumbau who on Wednesday said he had asked for 20 days leave.

“I was not told why I was being asked to take leave but I complied with the request of the board and that is why I am at home waiting for the lapse of the period,” said Mr Chebosi yesterday.

On Wednesday Mr Gumbau announced that Mr Chebosi had asked for three weeks to rest and subsequently appointed a caretaker manager. 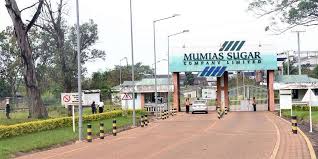 “Mr Chebosi wrote to us requesting for leave and we granted him 20 days. While he is away, Isaac Sheunda is acting as the managing director,” Mr Gumbau said on phone.

A source, however, said Mr Chebos was sent on compulsory leave over the controversial sale of scrap metal without involving the board as well as delaying to restart factory operations.

The firm is due to reopen next week. Meanwhile, Mumias will rely on its plantation to resume operations which stalled months ago following a severe shortage of raw materials that paralysed activities.

Mr Ngumbau said the sugarcane was ready for harvesting, adding that it would sustain the company for a while as they scout for more from farmers.

Mumias suffered a serious shortage of cane as disgruntled farmers cut the crop while others sold the produce to rival millers because of delays in payment.

“We now have mature cane at our nucleus farm which we will use at the start of our operations in the next two weeks,” said Mr Ngumbau.

The Kakamega-based miller’s woes were made worse last September when Kenya Power disconnected electricity over outstanding bills. “We are in talks with Kenya Power and we hope they will reconnect the factory to the national grid,” he said.