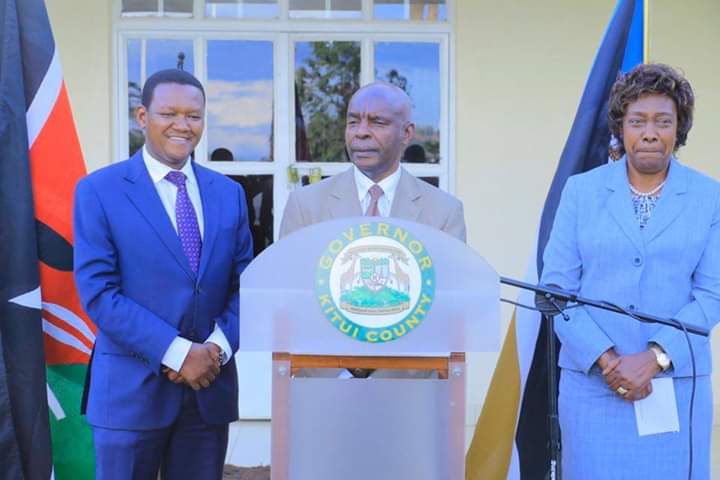 Politics is a every day meal right? Jubilee politics opened the year with different leaders aliigned to it expressing different opinions. Right now the gears have shifted,and Kalonzo Musyoka is seemingly under a political coup. Will he gather enough soldiers to defend his kingpin-ship?

The three county chiefs, who met in Kivandini, Machakos County, at Dr Mutua’s invitation, held a closed-door meeting before addressing two public rallies in Masinga Constituency, where they accused Mr Musyoka for fomenting political wars in their counties. 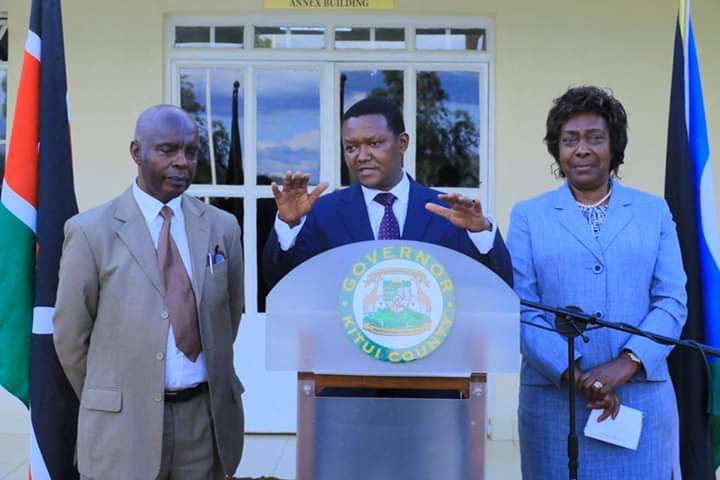 “Going forward, we’ll speak with one voice to unite the community and negotiate directly with the national government on the issues affecting our region,” Dr Mutua, said.

His close ally, Mwala MP Vincent Musyoka, set the ball rolling when he told the gathering that the former vice president had reached his political plateau, and that it is time the community charted a different route to leadership.

“Every idea has an expiry date. We should be understood when we say it’s time for Kalonzo Musyoka to retire from politics and allow fresh leaders to take up the mantle,” the MP said. 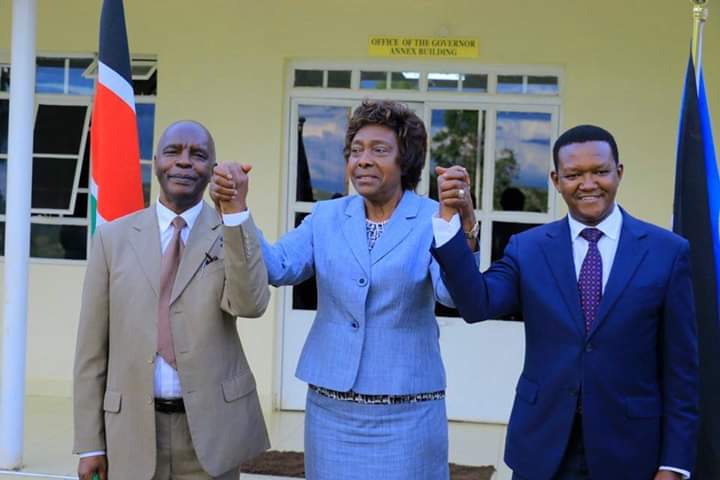 His remarks followed similar sentiments by ward representatives accompanying the governors, who warned that the community cannot continue investing politically in Mr Musyoka in his quest for the presidency and expect anything different.

“You cannot do the same thing over and over again and expect different results. Kambas need a stronger voice at the national table to avoid being in the opposition again,” Mr Alex Ng’ang’a, Kitui deputy minority leader, said.

Mr Makau and Ms Kamene were booed when they tried to defend the Wiper party leader against claims that his party MCAs had made life difficult for the three governors.

The Mavoko MP said he will advise his party boss that the ground is shifting beneath them, and that he needs to listen to dissenting views.

Speakers accused Mr Musyoka of using the party’s numerical strength in the three county assemblies to instigate political wrangling and blackmail the governors.

Prof Kibwana gave a chronology of political events since his election in 2013, when Makueni County was on the brink of being dissolved after MCAs refused to pass his budgets, saying Dr Mutua and Mrs Ngilu are undergoing similar experiences. 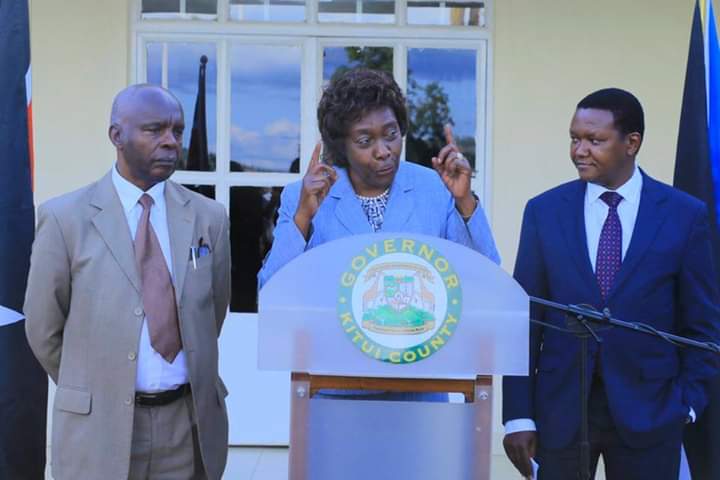 “I’ve become a professor of dealing with hostile MCAs. What Governor Ngilu is going through in Kitui is what I endured for five years in Makueni” he said, adding that they have decided to speak with one voice to chart a different political route.

“It is wrong for the Wiper leader to allow Wiper MCAs to derail the work of governors through politically motivated disagreements that end up affecting the people who elected them,” he added.