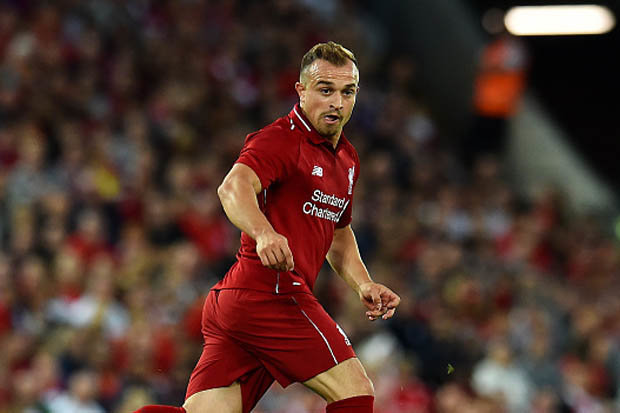 Xherdan Shaqiri is adamant Liverpool’s strength in depth will see them produce a swift response to Monday’s FA Cup elimination at the hands of Wolves.

The Reds named an unfamiliar starting XI at Molineux, with youngsters Rafael Camacho and Curtis Jones among those given rare outings by Jurgen Klopp.

Liverpool then lost Dejan Lovren to a hamstring injury early on, resulting in a debut for 16-year-old Ki-Jana Hoever.

Shaqiri saw John Ruddy produce a sensational save to tip his free-kick onto the post as Liverpool were consigned to a second successive 2-1 defeat following the loss to Manchester City last Thursday, but the Swiss is expecting an immediate response at Brighton and Hove Albion on Saturday.

“Of course, we are disappointed after this game because we lost, first of all, but I think we didn’t deserve this result because we tried to play football,” Shaqiri told Liverpool’s official website.

“Sometimes you need luck also and the free-kick was very unlucky. I saw the ball inside already, but it never went in.

“We obviously had a lot of young players and a lot of players in who didn’t play for a long time. We wanted to win this game to go to the next round, but the FA Cup is like this: you lose the game and you are out.

“So, we close this game now and are looking forward to the weekend and the Premier League. I think we have enough players who can jump in.

“This season we have the depth. There are a lot of players who are going to come in and give everything and the quality is still there.”