Raila Odinga today celebrated his birthday down in the coast as he turned 74.

Some of the leaders who spent the day with him are President Uhuru Kenyatta,  Ali Hassan Joho,Amason Kingi, Mike Sonko among others.

Today was a busy day for the leaders who had gathered during the commissioning ceremony of the Mama Ngina Project.

The leaders however could not let the day go by without a cake cutting session later after the gathering.

2018  was not an easy year for Odinga as it called for sacrifice over his own political interest and trace back his focus in serving the people.

Another year older, Odinga vowed that this will be a year of development and pushing Kenya,Africa forward.

President Kenyatta today shared his message of goodwill to Raila  saying that he has demonstrated great statesmanship in his willingness to join him in uniting & developing our country for the good of all Kenyans.

The opposition party leader is among the politicians who have contributed into the shaping of the political circles.

He is also among the leader with a huge following in the country. Raila supporters today flooded his account with wishes on his big day

His Mombasa allies had earlier in the day surprised him with a cake to celebrate him. 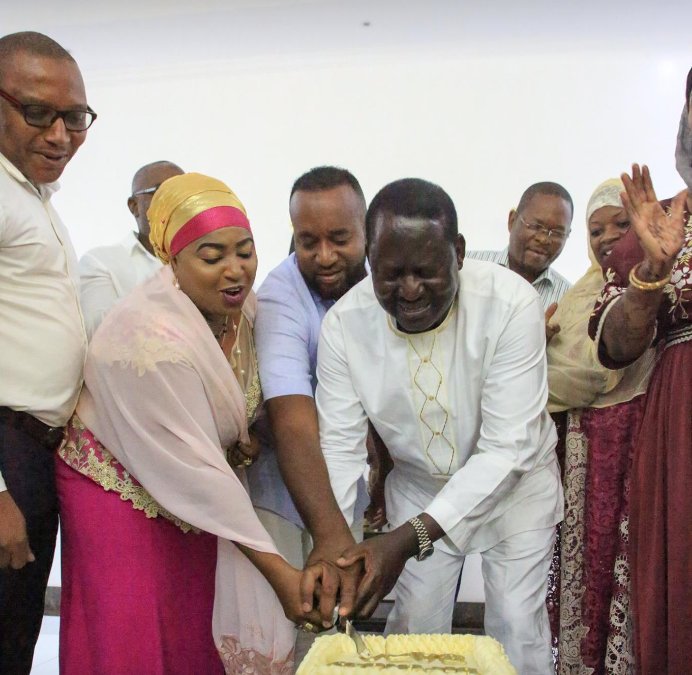