Vincent Kompany was lucky not to be sent off for a horror tackle on Mohamed Salah during Thursday night’s Premier League showdown.

The Manchester City skipper escaped with just a booking for his strong challenge on the Liverpool hotshot in the first half.

Kompany was incensed with the decision and made his feelings plain to Salah as he lay on the deck injured. 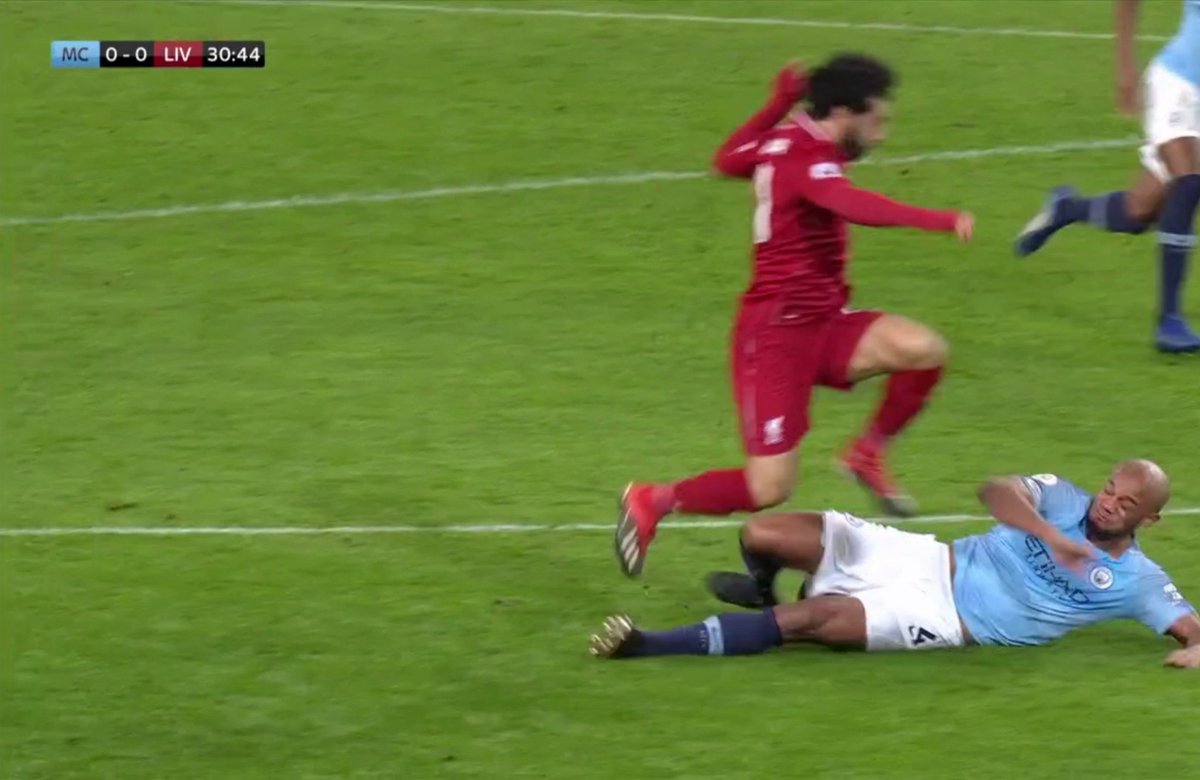 The City defender looked towards the crocked Egyptian and was caught on camera hurling abuse in the direction of his opponent.

Jurgen Klopp felt that Vincent Kompany should have been shown a red card for a challenge on Mohamed Salah during Liverpool’s 2-1 defeat to Manchester City.

Kompany was booked by Anthony Taylor just past the half hour mark after lunging in on Salah following a slack pass across to him from his central defensive partner John Stones. Salah recovered from the challenge to remain on the pitch for the entirety of the game but Klopp claimed that it could have ended the Egyptian’s season. 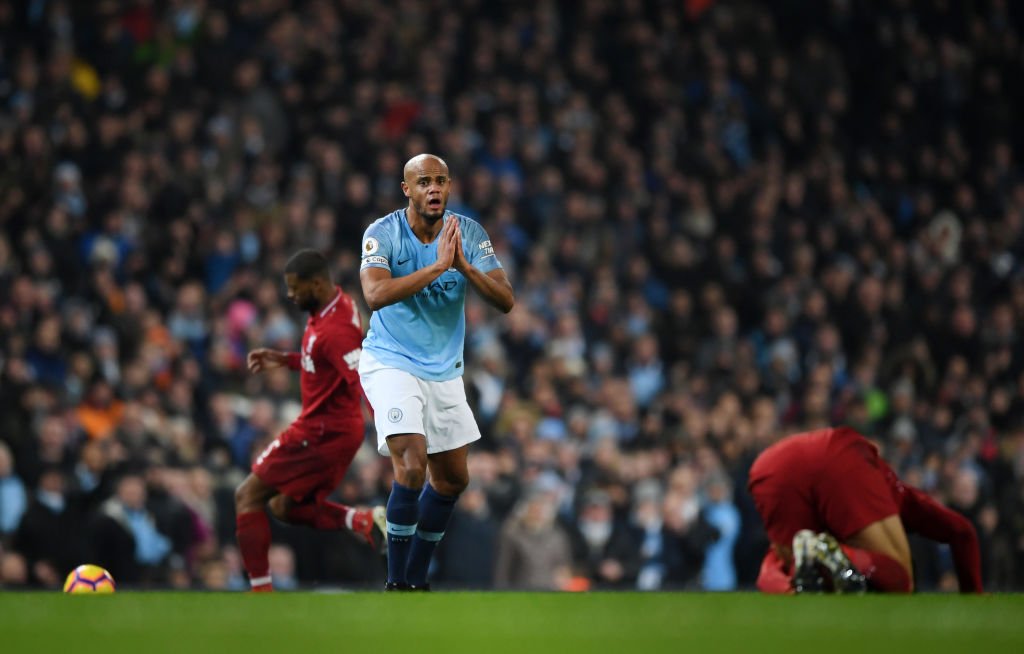 ‘If he hits Mo [Salah] more he is out for the season. Only because Mo is in the air. It’s only because he knows Mo is that quick that if he gets the ball he’s through so he takes the risk.

‘That’s the situation, of course but it is not easy for the ref and he may not see it how I see it.’

Here are a few reactions to that

😹 Vincent Kompany calling Salah a "pussy" twice and walking off has been an underrated highlight of the first half…#MCILIV pic.twitter.com/rZTRYnjv38

Salah trying to get past Kompany pic.twitter.com/9g7JIqJOq5