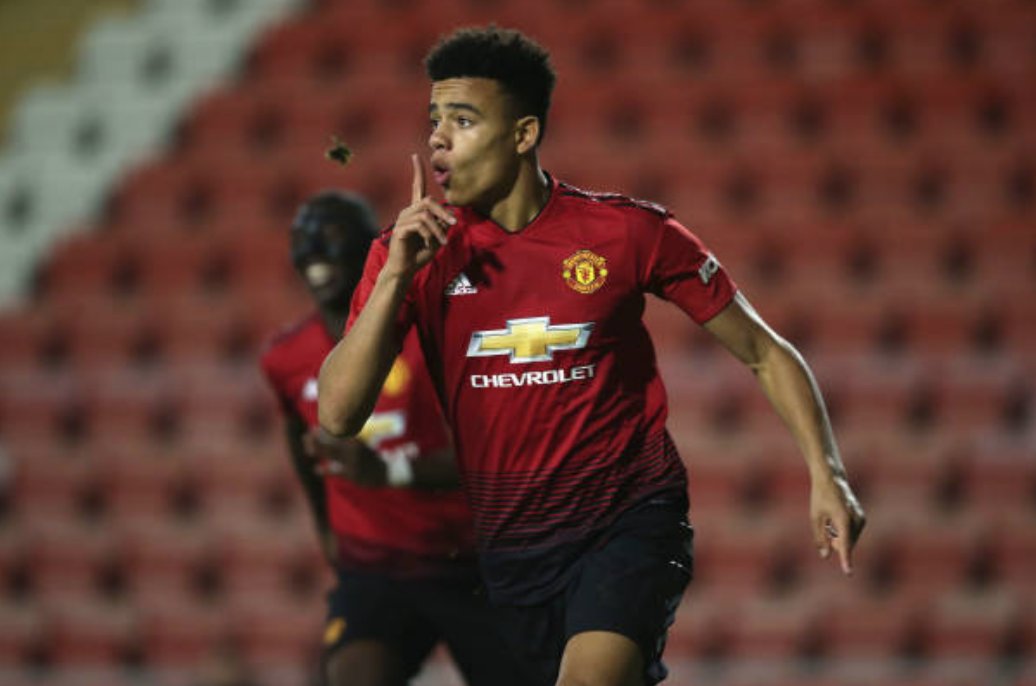 Mason Greenwood has been in incredible form this season and Manchester United fans have been calling for the young striker to make his debut.

After David Moyes was sacked in April 2014, interim manager Ryan Giggs gave a teenage striker his United debut.
James Wilson, just 18 at the time, took his chance and scored twice in a 3-1 win against Hull City. Wilson may have struggled since but there’s nothing quite like an exciting home-grown player to lift the mood at Old Trafford.

Four years later and United again have a caretaker manager in charge after Ole Gunnar Solskjaer replaced Jose Mourinho. The Norwegian now has an opportunity to follow in Giggs’ footsteps by promoting another young forward in Mason Greenwood.

Greenwood has now arguably outgrown the academy levels at United having scored 22 goals in 19 appearances for the youth teams this season. His latest accomplishment was a stunning hat-trick against Chelsea in the FA Youth Cup.

Mason Greenwood, what a talent 🔥pic.twitter.com/6JcO6s0J3T

The 17-year-old is highly regarded at United and is seen as having fantastic potential by his coaches. He already possesses blistering pace, brilliant close control and he’s great with both feet and he could easily make it at the top level.

Greenwood has overcome every challenge that has come his way, easily transitioning to the Reserves and adapting to European football in the UEFA Youth League.

The striker has even experienced being around the first team as he was on United’s pre-season tour and he made the bench against Valencia earlier this month. He’s now ready for his debut and he may thrive and take his chance just like Marcus Rashford has done since his unexpected appearances in 2016.

Solskjaer knows all about United’s traditions and he took teenagers James Garner and Angel Gomes with the squad to Cardiff. The manager has already suggested that he’s prepared to give young players like Greenwood a chance this season.

“Matt Busby said if you’re good enough, you’re old enough and I want to maintain that. I watched the Chelsea game and I was really impressed,” he said speaking to MUTV.

Giggs gave Wilson his debut when Champions League qualification was out of United’s reach. Solskjaer has over half of the season to turn things around and may be tempted to focus on results.

However the Red Devils are currently eight points behind fourth placed Chelsea and there is no pressure or expectation on the interim manager. Therefore Solskjaer doesn’t have to think about next season and he has nothing to lose so he should use the next five months to try and develop United’s next generation.