President Uhuru Kenyatta has made several changes in his administration, bringing on board seasoned CEOs and politicians. The changes which were announced in a Gazette notice dated 21 Dec 2018 has seen the President tap top talent from Kenya’s corporate sector with Safaricom CEO Bob Collymore and KCB’s Joshua Oigara making it to the list. Kenya Vision 2030 board will now have new faces including Safaricom CEO Bob Collymore and KCB counterpart Joshua Oigara.

Others in the board include Juliana Rotich, Rita Kavashe, Nick Nesbitt, Muchai Kunyiha. Politicians who were floored in last year’s elections have once again been given a lifeline with appointment to various corporations. Among the beneficiaries of the changes is Paul Otuoma who has been appointed to be the Chairperson of the Privatization Commission.

The appointment have also brought on board some of opposition leader Raila Odinga’s allies in what is seen as a continuation of efforts to reunite the nation, bringing on board both sides of the political divide to contribute in nation building.

Below is the list of some of the politicians who are beneficiaries of the recent appointments.

2. Edwin Yinda- Chairperson of the Board of the Postal Corporation of Kenya

4. Kabando wa Kabando – Member of the Board of the Local Authorities Provident Fund. 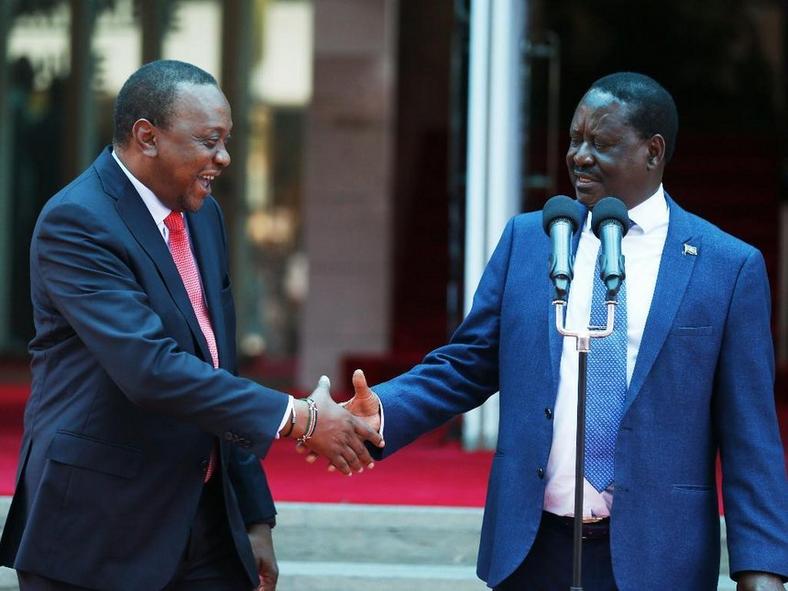 In his final term in office, the Big 4 Agenda will be the backbone of President Kenyatta’s legacy. The big 4 agenda focuses on Food Security, Affordable Housing, Manufacturing and Affordable Healthcare for all. To this end, he has made it clear that non-performing CSs and government officials will be sacked.

The President is also credited with the ongoing fight against corruption that has seen several big names and suspects in corruption scandals spend nights in police cells and produced in court. The March 09 handshake with opposition chief Raila Odinga is also a significant part of his legacy in leaving behind a united nation.