Real Betis fans embraced the season of goodwill on Saturday as they hurled soft toys onto the pitch at half-time of the LaLiga match with Eibar.

Hundreds of teddy bears and other stuffed animals were thrown from the stands of the Benito Villamarin after a pre-game appeal on behalf of the club for charitable donations.

The toys, gathered up promptly before the second half, are to be donated to disadvantaged families in the region as part of the club’s commitment to community outreach. 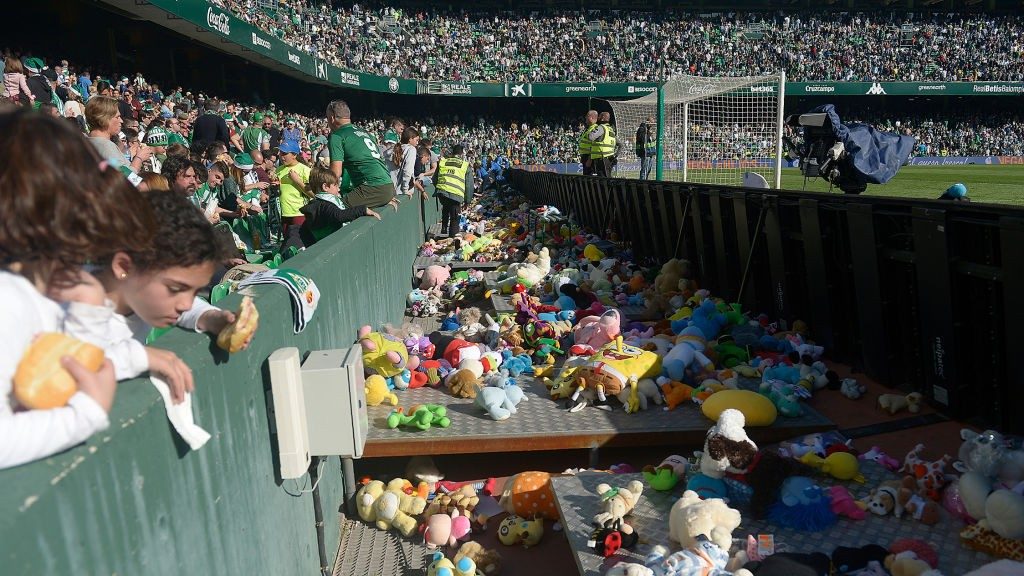 In keeping with the spirit of the occasion, all fans who attended the match were also given special green Christmas hats “to complete the festive atmosphere”.

Feyenoord fans did something similar back in August, when they threw littered the De Kuip turf with toys to be given to patients at Rotterdam’s Sophia Children’s Hospital.