As campaigns of don’t drink drive during this festive season are heightening, a wild life ranger saw it better to drink and approach sworn enemy.

The suspect was Friday arrested and locked up at a local police station for interrogation, pending arraignment in an Iten court over the threats. 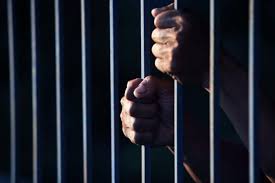 County Commissioner Ahmed Omar said the officer has been interdicted pending investigations on his conduct at Takwei Primary School in Cherang’any/Chebororwa ward.

Tolgos was inspecting projects in the area when the incident occurred. The ranger, who was dressed in civilian clothes, had warned Tolgos and his entourage against setting foot in the school that is within a forest station.

He reportedly hurled insults at Tolgos before going to his house to wear a jungle jacket and retrieve his gun, corked it and threatened to shoot the governor before he was disarmed by colleagues.

In other shocking security officer anger news, a police constable shot his lover and turned the gun on his head after confirming she was dead.

The officer based in Isiolo had returned from duty at around 1pm and was taking lunch at Isiolo AP canteen where the killing occurred.

“He was armed with a G3 and talked to no one. He asked for lunch and started eating in silence,” said a witness.

“He would later pick a quarrel with his lover who sells in the canteen.”

The quarrel turned into a scuffle, which barely lasted three minutes when the officer resorted to his rifle to empty two bullets into his lover’s head.