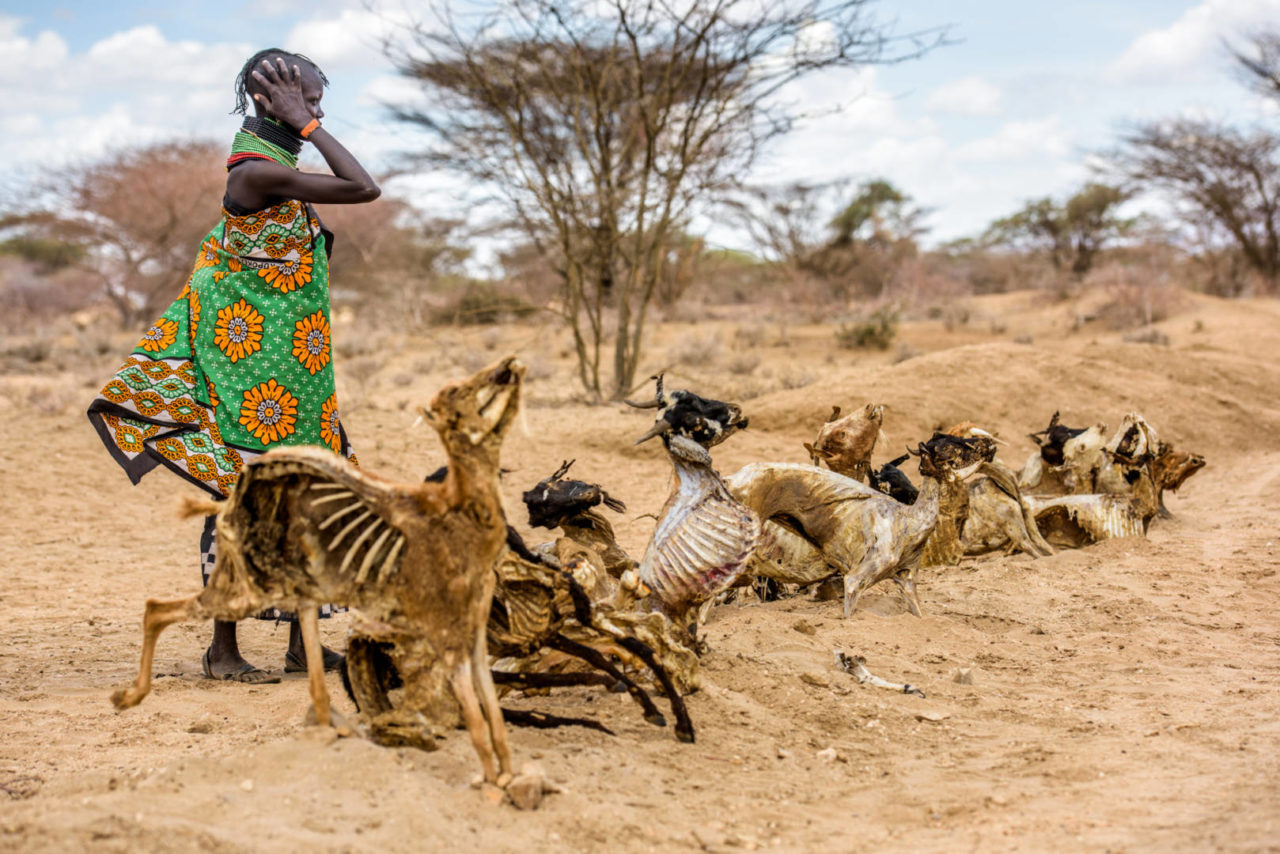 Kenya is still facing serious levels of hunger even after a lot of resources being put in place to see the country achieve zero hunger cases.

This is according to the recently released Global Hunger Index 2018 which showed that the country was undergoing high rates of hunger cases with a score of 23.2 and a ranking of 77 out of 119 countries.

According to the report, Kenya is among the 45 countries out of the 119 countries ranked in the world that are still grappling with food insecurity.

The report indicates that for every three Kenyans, one is grappling with severe food insecurity and poor nutrition.

The report further claims that about 20 percent do not meet the required dietary needs that can sustain a healthy and productive life.

Drought, extreme poverty and poor governance are identified in the report as contributing factors subjecting people to hunger.

Food security has been among the top agendas of the government which seeks to ensure that Kenyans have enough food.

The Global Hunger Report dismisses World Food Program’s report that Kenya’s food security had improved when it noted that the number of people in need of immediate food assistance in Kenya had dropped to 700,000 for August 2018-February 2019, down from 2.6 million people for February-July 2018.

The improvement in food security, according to the World Food Programme had come as a result of the exceptionally above average long rains that the country experience in March to May, a widespread nutrition response targeting to reach all pregnant and breastfeeding mothers and children under 5 with a consistent supply of nutrition commodities, early identification and treatment of acute malnutrition, and emergency food and cash transfers.

In Kenya, the people most vulnerable to food insecurity live in urban informal settlements and in the arid and semi-arid regions that make up 80 percent of the country’s land area.

One in five Kenyan children is stunted, or small for their age.

The Kenya National Bureau of Statistics (KNBS) revealed that the food poverty headcount rate in Kenya at national level in 2015/16 stood at 32.0 percent of the population an equivalent of 14.5 million people who were said to have been unable to consume the minimum daily calorific requirement of 2,250 Kilocalories (Kcal) as per expenditures on food.

The highest food poverty incidence is said to be in rural areas, where 35.8 percent of the population are below the food poverty line compared to 28.9 percent in peri-urban areas and 24.4 percent in core-urban.