The World Health Organisation (WHO) will extend the Ebola vaccination to South Sudan to prevent the spread of the virus from the neighbouring Democratic Republic of Congo (DRC).

The United Nations and South Sudan are taking extreme precautions to prevent any spread of Ebola from neighboring Democratic Republic of Congo, which is battling the second-biggest ever outbreak of the disease.

The UN and local authorities have made “a huge number of preparatory steps,” including border-screenings, training health teams and bringing in vaccines for health-workers on the front-lines, the head of the UN mission in South Sudan, David Shearer, said Tuesday in an interview. An outbreak of the virus in Congo’s restive east has killed almost 300 people since August.

@WHO Ebola preparedness & response team deployed in the country concluded 3 day SSAFE training to increase their personal security awareness & understand measures that can be taken to manage risks in a hostile environment. #Safety&Security. @UNDSS & @UNSSC. pic.twitter.com/xtXtZ6ucUO

“We all hope that it doesn’t come close to South Sudan, but it’s up to us to be prepared just in case the unlikely thing happens,” Shearer said in the capital, Juba. He said the outbreak is “still not completely under control,” but there’s no indication it’s an immediate threat to South Sudan, which is trying to emerge from five years of civil war.

Congo’s outbreak, the 10th in the central African nation since 1976, is the worst occurrence of Ebola since more than 11,000 people died in West Africa between 2014 and 2016. The disease spreads through contact with bodily fluids and causes hemorrhagic fever, severe vomiting, diarrhea and bleeding. 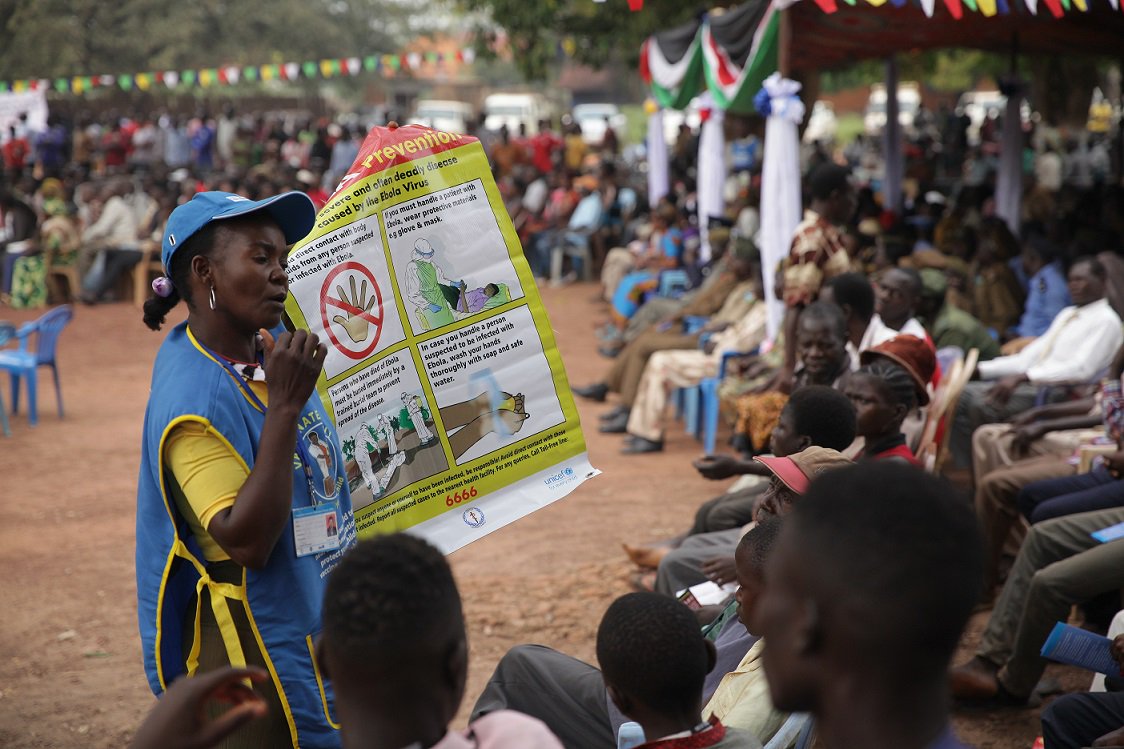 “If the population is aware of what Ebola is and how it is spread, then there shouldn’t be much risk to everybody,” Shearer said. “But obviously if things get closer we will look at bringing in more vaccines at that point.”

Shearer was speaking as South Sudan’s warring sides prepare to form a power-sharing government next year in the latest bid to end a conflict that may have claimed almost 400,000 lives.

He described “a big decline” in fighting as “very positive,” and said President Salva Kiir and main rebel leader Riek Machar seem to have a “greater acceptance” of the peace deal than of a similar pact signed in 2015, which collapsed weeks into its enactment the following year.