Having won the Premier League and the FA Cup in his two full seasons as a Blue, the midfielder is looking forward to what lies ahead after penning a new five-year deal with the club.

‘I’ve been at Chelsea for just over two years and we won the Premier League and the FA Cup,’ he tells Chelsea. ‘This is a champion’s club, an ambitious club, and I hope to win these trophies again. Of course Europe is a target, but every season I hope to win the most trophies I can. Keep winning, keep winning.’ Reflecting on how his fortunes have transformed since he was plying his trade in the lower divisions of French football to becoming a World Cup winner this summer, Kante is well aware he has reached the pinnacle of the sport but, ever humble, has not got carried away with his remarkable achievements.

‘I like to enjoy the moment with the boys, but not like some players who are more expressive – although I enjoy it as much as them,’ he reveals. ‘When we won the World Cup and the camera was moving across, some of the players knew that I don’t like to have too much attention on me, so they pushed me forward and were singing. It was a good moment, and I hope I enjoyed it in the best way. I hope that some moments like this will come again, because it was really exceptional.

“I am how I am. I can’t explain it well, but I don’t feel the nicest person, on the football pitch or in life, I’m just myself. If I win, I win and if I lose, I lose, but I give my best in everything. That’s not because I’m nice or something. I’m just myself.” pic.twitter.com/fMYnf7SHGp

‘Honestly, it’s been an amazing experience with the national team, both the qualification and the competition in Russia. There was a good atmosphere in the team, I think we really spent a good time together, both in football and outside of football, and when we started to enjoy success, qualifying for the last 16, then the last eight and the semi-final and the final, we enjoyed those wins together.’ 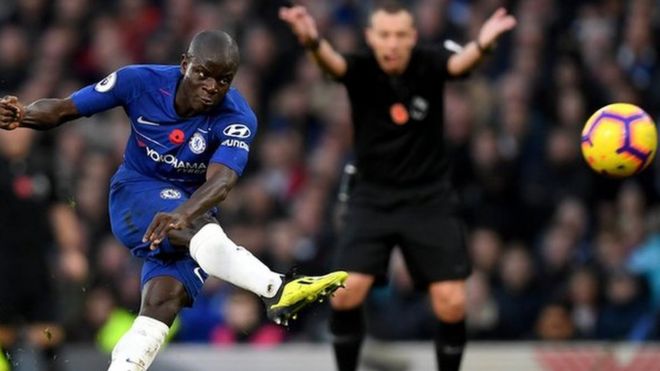 Much is written about N’Golo’s low-key attitude and the fact he is considered one of the nicest men in football and he also talks about the way he is perceived by others.

‘I play football and I want to be considered as a footballer,’ he says. ‘I don’t want people paying too much attention about what I am outside of football, what I’m doing, and asking: “Who is N’Golo?”

There is no doubt that last comment is an undeniable one. He is loved by all his team-mates at both club and international level, but unsurprisingly, when responding to being so universally adored, he remains as modest as ever.

‘I am how I am. I cannot explain it well, but I don’t feel the nicest person, on the football pitch or in life, I’m just myself. If I win, I win and if I lose, I lose, but I always try to give my best in any competition. That’s not because I’m nice or something. I’m just myself.’

Cole isn’t the only player to have called time on his playing days, with Didier Drogba doing the same last month. It may not have been an easy task, but we have selected what we consider to be 10 of the Ivorian’s greatest goals for the club.

The decisions may well split opinion, although surely not a single fan would disagree that Didier is one of the greatest players ever to have pulled on a Chelsea jersey.