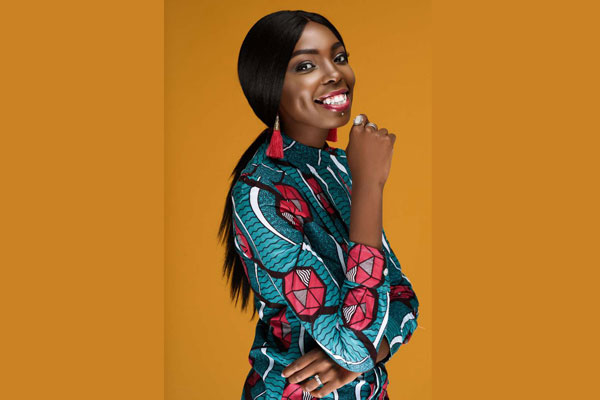 It feel so beautiful and happy at heart when you do something knowing is from the heart and people get to appreciate it.

The Kiss 100 breakfast show host Adelle Onyango has been working on various projects including the rape fight campaign following her sad ordeal which she was young an initiative that has been embraced well by a number of people as well as partnering with corporates for a cause.

Well seems like the daughter of former Prime Minister Winne Odinga is indeed happy with what Adelle is doing after she took the chance to  praised the radio queen.

Following her recent launch of her foundation dubbed “Unapologetically African” meaning embracing our heritage without offering excuses or explaining where we come from and why we do things the way we do. It also means appreciating the customs and traditions that exist in the African context and being confident in finding our own way and our own solution although it may not be the rest of the world’s remedies

According to Winnie, Adelle was doing a tremendous job to help the young people solve the various problems they are going through.

Winne happens to be a trustee with a number of initiative together with other high ranking personalities including Katie Harisson and Erin Thorton, co-founders of HIVE among others. In her statement Winnie said, “Adelle is someone I have seen going through tremendous hardship in the past and managed to overcome them. When she reached out to me, I immediately accepted the call because of the woman she has become. Adelle’s initiative is a great one, because it will offer service to humanity and positively affect our community, take the vulnerable from the predators and [address] mental health. This gives me satisfaction because we can put together in our own small ways to make something happen. I hope someone will see this and put a smile on someone else’s face today.”

In addition her co-host who is her other biggest supporter Shaffie Weru said, the initiative will help people understand Africans.Many people have an idea about us but they can never speak about Africa because they were neither born in Africa nor have they ever been to Africa and that is why I am ‘Unapologetically African.