Kenyans are kinda getting used to the ‘new day, new scandal’ routine. From NYS, to NHIF to Kenya Pipeline to Maize and now, the Kenya Forest Service. Every other government agency is being caught up in a scandal.

Aren’t you already tired of all these scandals involving the loss of billions?M

Director of Public Prosecutions Noordin Haji has today ordered the investigations into the loss of Ksh. 1.2 billion in fraudulent dealings between Kenya Forest Service officials and Saw millers.

Haji has today directed the Directorate of Criminal Investigations to investigate the loss of the funds and the role played by staff and saw millers in the matter.

“Please note that those who owe KFS will not be eligible for e-registration unless the amounts owed are settled in full immediately,” read the notice in part. 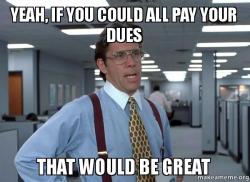 According to the KFS release, Nakuru based Comply Limited owes the agency the largest debt of over Ksh. 103 million. The document also revealed that the forests agency sold trees worth more than Ksh. 2.3 billion during the six-year period.

In its recovery efforts, KFS said that it would not hold back and threatened to use legal channels to recover the funds.

“Please note that KFS will utilise all legal avenue to have these debts settled in full,” the notice further read.

The directive by the DPP now follows recommendations by a forestry task force that was appointed to investigate illegal logging and the mess at KFS. The task force had revealed issues of irregular allocation of plantations in government forests as well as insufficient funding of KFS.