Embattled Deputy Chief Justice Philomena Mwilu was a regular customer of the collapsed Imperial Bank whose eye for prime parcels of land saw her take out at least Sh131 million in loans, documents filed in court have revealed.

However depositers of Imperial Bank Limited (in Receivership) will start receiving their money in two weeks time, Central Bank of Kenya and Kenya Deposit Insurance Corporation have announced.

On 27 September 2018, CBK and KDIC had earlier advised KCB to revise its proposal to buy IBLR as its initial offer did not reflect optimal value for the depositors.

In a letter dated 7 December 2018, KCB submitted a modified Binding Offer paving way for the release of the depositor’s money. 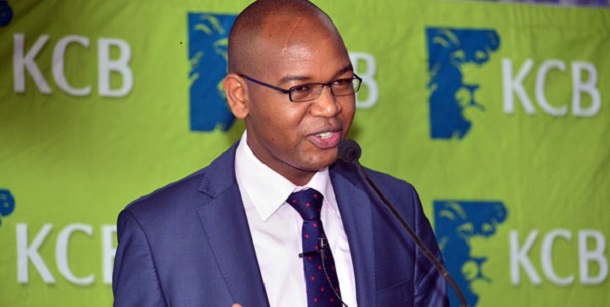 “KDIC and CBK are pleased to announce the acceptance of the Binding Offer from KCB,” read a joint statement from the two institutions.

The Binding Offer accepted, includes granting access to 12.7 percent of eligible depositor balances remaining at IBLR within two weeks, subject to account and identity verifications. Combining this with earlier disbursements will result in a total recovery of approximately 35 percent of original eligible deposits held at the date of receivership.

The Binding Offer also states that KCB will complete the loan verification process within the first quarter of 2019. This is expected to complete the payments to the remaining IBLR depositors.

“CBK and KDIC assess that KCB’s Binding Offer represents a viable proposal for the resolution of IBLR, for the benefits of the depositors and the strengthening of the Kenyan financial sector,” read the statement.

IBLR went into receivership on October 13, 2015 due to loss of over Ksh34 billion related to fraud.

At the time, it held KSh58 billion in customer deposits and had 52,398 deposit accounts.

When DCJ Mwilu was arrested over the Imperial bank scandal, she suddenly remembered she was a Kamba woman and even dressed the part to rush to Ukambani to incite the community against a judicial process through the Judiciary she is the deputy head of!#MtuWetuNonsense pic.twitter.com/sSsLuiAoyx

Justice Mwilu’s loan dealings with Imperial Bank, alongside eight land titles that were charged as collateral to secure the multi-million shilling advances, are at the heart of criminal charges that the Director of Criminal Prosecutions (DPP) has levelled against Kenya’s second senior-most judge.

The judge is facing 13 counts of abuse of office, tax evasion and fraudulent recovery of loan securities.

Investigators at the Directorate of Criminal Investigations (DCI) have accused the Deputy CJ of using her position to illegally obtain Sh12 million from Imperial Bank between August and October 2013. In her defence, however, the Supreme Court judge says that Imperial Bank extended her the Sh12 million as an unsecured loan, which she has since repaid in full.