The much hyped new syllabus has been canceled ahead of it’s implementation in January 2019.

Education Cabinet Secretary Amina Mohamed  also indicated that the pilot that has currently advanced to grade 3 will be halted to allow consultations with stakeholders.

“Those who were to move to Grade Four in the pilot program will instead move to Standard Three but it will not affect their progress,” the CS stated.

According to the Education boss, the decision was arrived at after an internal evaluation revealed that the Ministry was not ready to roll out new curriculum.

“We have to make sure that everything is in place, enough teachers are trained and the right books re in place,” she added. 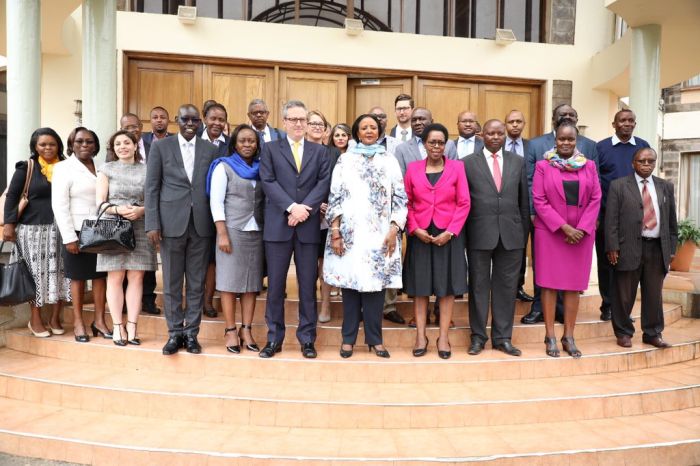 The new curriculum will now await wider evaluation by the ministry which will also see a decision on a timetable for the roll out.

The pilot programme for the new 2-6-6-3 curriculum system of education was launched in April 2017.

This curriculum has been envisioned to replace the 8-4-4 system with the pilot phase covering 470 primary and pre-primary schools countrywide.

Unlike the current system which has been criticised for being too exam-oriented, the new education curriculum is expected to be more skill-oriented and learner friendly.

To minimize the undue pressure exerted by the old syllabus on learners, the new system has seen a proposal for a practical framework nurturing learners competencies and talent.