This week marks 55 years of Kenya’s independence. The Jamhuri Day celebrations will be held on Wednesday at Nyayo National Stadium. And ahead of the day, we look at some of the events that have shaped the history of the country.

In this article, we reveal the events that happened in August 1978, the month Mzee Jomo Kenyatta, Kenya’s founding President passed away.

Thanks to Lee Njiru, the Presidential Press Conference, we have some light on what really happened to Kenyatta. According to Njiru, Mzee was neglected at his time of need and he wouldn’t have died if those close to him had given him the care he needed.

In a blockbuster statement released in August this year, Njiru did not mince his words. 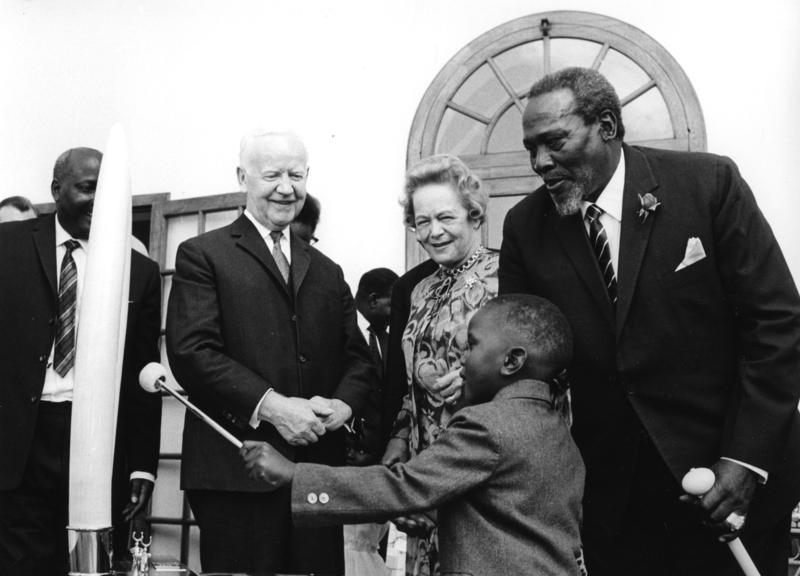 Below is the statement:

“Now that Kenyans have marked the 30th anniversary of President Jomo Kenyatta’s death, it is prudent for them to understand the unfortunate circumstances surrounding his passing on.

During this hour of need, Mzee Kenyatta was abandoned and neglected by his aides and top advisors whose unbridled greed for power, property and money was their propulsion force.

These fellows, consumed by rapacity greater than that of desert locusts let loose on green foliage, could not be objective about Kenyatta’s needs and separate those needs from their own.

To start with, Mzee should not have been allowed to travel to Msambweni on August 21, 1978 to be subjected to the indignity of collapsing in a washroom.

As a young information officer, I had been from 1977 assigned to cover all the official functions of Mzee. This critical day, he had lunch will all the Kenyan envoys abroad. This was at State House, Mombasa. I could see the concern of the envoys as Mzee’s speech was a worrying incoherent stutter.

The then Minister of State in the Office of the President, Mr Peter Mbiyu Koinange, was at the high table. I cast a furtive glance at him to see his reaction and noticed he was not bothered. This surprised me because Mbiyu was not only Mzee Kenyatta’s minister and confidant but also his brother-in law. But it was after lunch that things became terrifying.

Mzee missed his way out, and ended at the dingy caretaker’s office where he caused a commotion among the junior staff as the room was littered with dirty utensils and food leftovers. When he was redirected to his sleeping room, the old man could not make it upstairs. In between the flight of stairs, he ran out of breath and asked for a chair. After a brief rest, he went to his private quarters.

After witnessing all this agony, I was convinced that Mbiyu Koinange or the PC Eliud Mahihu or the State House Comptroller Alexander Gitau would cancel the Msambweni function.

They didn’t. I believe that Kenyatta’s life would have been saved if immediate medical attention was made available.