There are times when the top seat is on the spot and when light is there even those down under can be seen.Law practitioners have been challenged by the prosecution of one of their head bosses who is about to taste the wrath of the law that has always been her weapon.

Highly respected justice Philomena Mwilu has been charged with abuse of public office and as well accused of fraudulently receiving 12 million from the collapsed Imperial Bank.

“All senior counsels were not comfortable with handling the case. It is sensitive and I thought it needed an independent prosecutor,” Haji said.

Qureshi will be assisted by three local lawyers. Haji yesterday told senators that Mwilu’s case is high-profile and of great public interest.

He was responding to questions from the Legal, Justice and Human Rights committee chaired by Nandi senator Samson Cherargei.

Haji’s said he has faith in local lawyers after Nakuru senator Susan Kihika asked why he did not pick one to prosecute the case. Lawyers have also opposed the move to higher Qureshi.

“On this particular one, we agreed that we needed a special counsel. I had assigned the most senior to handle the matter but there were accusations,” Haji said. 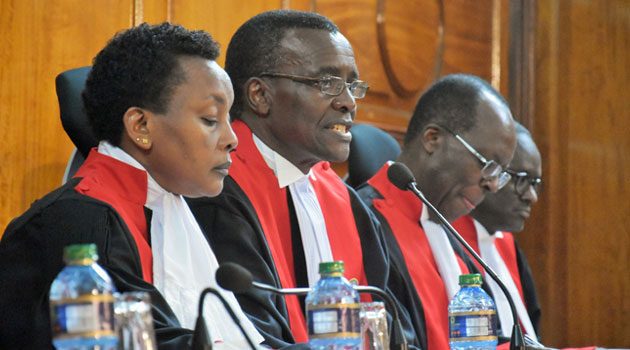 Haji said 18 local lawyers applied to be private legal counsels but only three were picked. The three are Philip Murgor, Ali Taib and James Kihara.

The five bench hearing begins today. The bench is expected to first rule on two applications by the Federation of lawyers women(FIDA KENYA) and the International commission of jurists Kenya, who are seeking to be enjoined in the case.

At the same time the DPP and attorney general have opposed to have FIDA,ICJ Kenya and Adrian Kamotho from being enjoined in the case.

The five judge bench will also decide whether sitting judges should be charged for criminal acts committed outside their duties or whether judges are immune from prosecution while serving.

Do you think that judges should also be judged like other criminals?