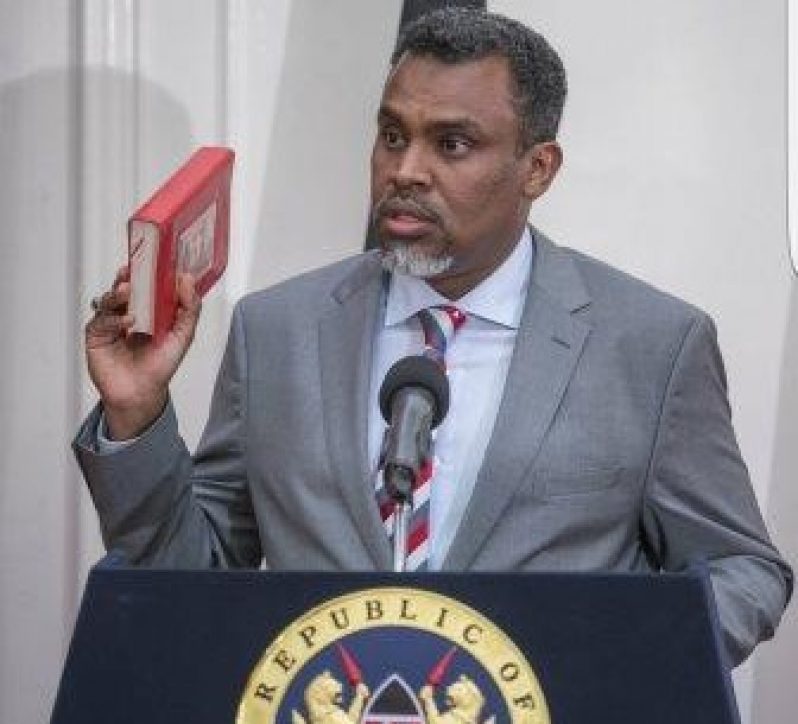 Parliament has been told that the London-based Queen’s Counsel (QC) Khawar Qureshi has been retained to exclusively prosecute the corruption case facing Deputy Chief Justice (DCJ) Philomena Mwilu, the first such prosecution of a sitting judge to occur in Kenya.

“We put up a notice of single-sourcing but we didn’t give full reasons as to why we picked QC from UK. There is [a Kenya] Gazette notice going to come up today (Wednesday) to outline what he is coming to do.

“He is not going to handle all corruption cases but the case of DCJ that is of great public importance,” Mr Haji told the Senate Committee on Legal and Human Rights.

He said a lot of local senior counsels appeared in support of Ms Mwilu in the case facing her after she was arrested, thus wasn’t comfortable of their handling of the prosecution of the DCJ’s case.

The Directorate of Criminal Investigations (DCI) arrested Ms Mwilu at the Supreme Court on August 28 over alleged corruption and abuse of office.

“Even the office of the DPP knows that it is a very sensitive matter. I felt we needed an independent person who could be able to address issues before High Court which range between political motivations of the Executive and elections. There are also issues of violation of the rights of a petitioner,” Mr Haji told the committee chaired by Nandi Senator Samson Cherargei.

Mr Haji said the arrest and prosecution of a sitting judge is the first in Kenya and that issues have been raised on the powers of the Judicial Service Commission (JSC) in dealing with criminal cases as a disciplinary matter.

“We took into consideration our relations as the office of the DPP, the Law Society of Kenya and the JSC in arriving at the decision to seek an independent prosecutor to try the case facing the DCJ…

“I was of the strong opinion that I should go for an independent person who is not trapped into our politics among others,” Mr Haji said in response to queries from Nakuru Senator Susan Kihika.

Ms Kihika had questioned the rationale behind the hiring of the QC from London to try graft cases saying it amounts to a vote of no confidence in local prosecutors and especially those working at the DPP’s office.

“I am a bit concerned when i see we are going back to England for them to come and prosecute corruption here. Are they able to handle this terrain and are they up to speed?

Mr Haji said a similar situation occurred in Namibia where the country prosecuted a sitting judge.

He said Namibia took the route of appointing a three-judge bench from members of the Commonwealth jurisdiction to hear the matter.

Mr Haji said he assigned the most senior prosecutor after him in the rank of SSP to handle the DCJ matter but accusations against her as a person were raised.

The DPP said the complexity and the special skills required to maintain the integrity of the process of prosecuting the case facing the DCJ made him decide to go for the QC.

“I felt it would have been prudent for me to get an independent person to prosecute this case. These are the reasons why I appointed the QC, not that we don’t have counsel or prosecutors within Kenya.

“I have faith in my staff. In this case, we agreed it is for purposes of ensuring we have independent person to prosecute that we chose the QC,” Mr Haji said.