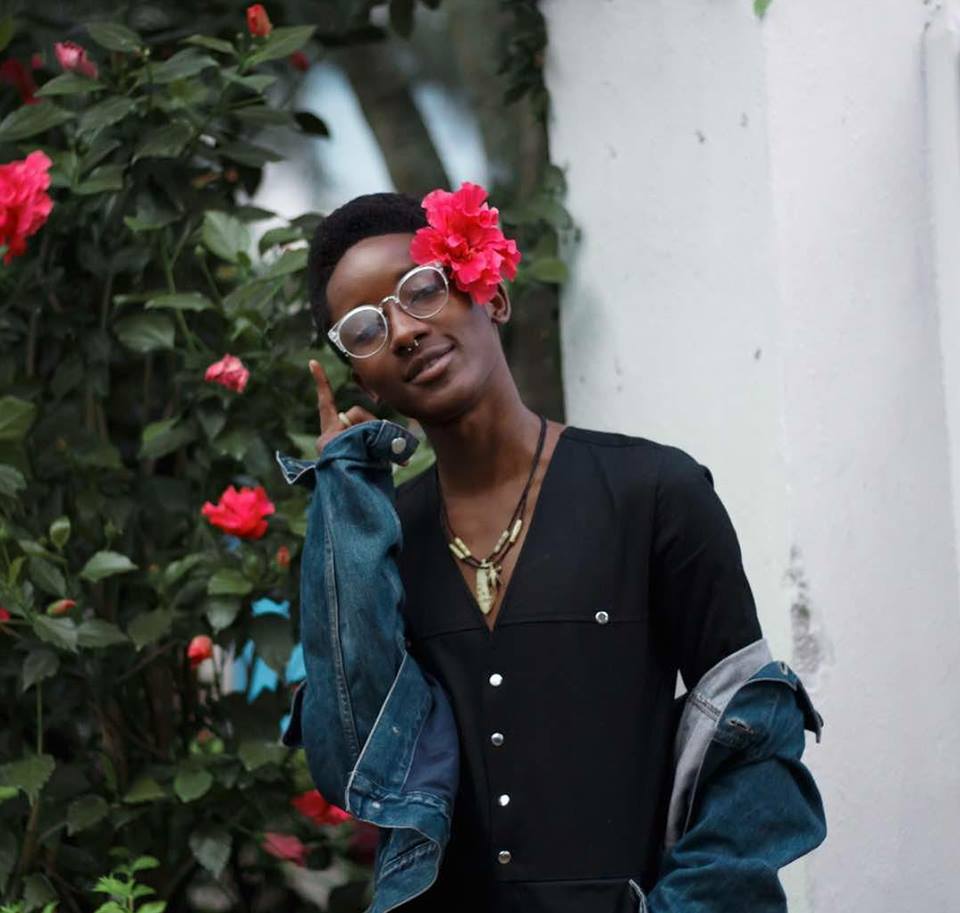 He started of as a very innocent little boy who used to ac t in the kids show Machachari on Citizen TV, then what happen ? life happened.

Ian Munene  also known as his stage name Almasi has been criticized over his pictuires that he has been posting for sometime now ever since he relocated especially when it comes to matters of religion and sexual orientation.

In an interview, he explained that he really does not care what people have to say about him, adding all he wants is respect and understanding about life’s diversity.

Almasi puts it out simply by saying, that haters should use that energy to grow themselves rather than try to bring him down.

He has been labeled by social media as a cult kind of man. This is because of the various captions he posts on social media plus his choice of outfits. He came out once saying he worships the sun and it created conversation on social media.

I guess that issue has now been cleared after he did an interview where he acknowledged God all the way. He was referring to all the haters who have been judging him from time to time. Almasi had a message for them saying they are not the ones to judge him because that is God’s job.

According to Munene, The only person that can judge me is God, So i’mma do my thing because I know God is the only person who can judge me. Other people who will look at what I’m doing probably how I’m dressing on my social media and how i’m acting and decide to draw their own conclusion, pshhh, that is all for them, have your fun. But don’t bring your fun to me because I’m having my own fun and if your fun is being derived from you saying bad things about me well fam, you are wasting your time

Almasi lives his life based on his own rules and so whatever people have to say he says doesn’t matter. He has suffered serious cyberbullying over the last couple of years but he is still doing him and clearly, from his message, nothing will stop him.

Is it for other people to tell you how you are supposed to look so that you can change yourself? or is it for you to recognize, ‘I need to work on something, let me fix it myself?’ Other people’s opinions should not matter. I don’t have time for your opinions.