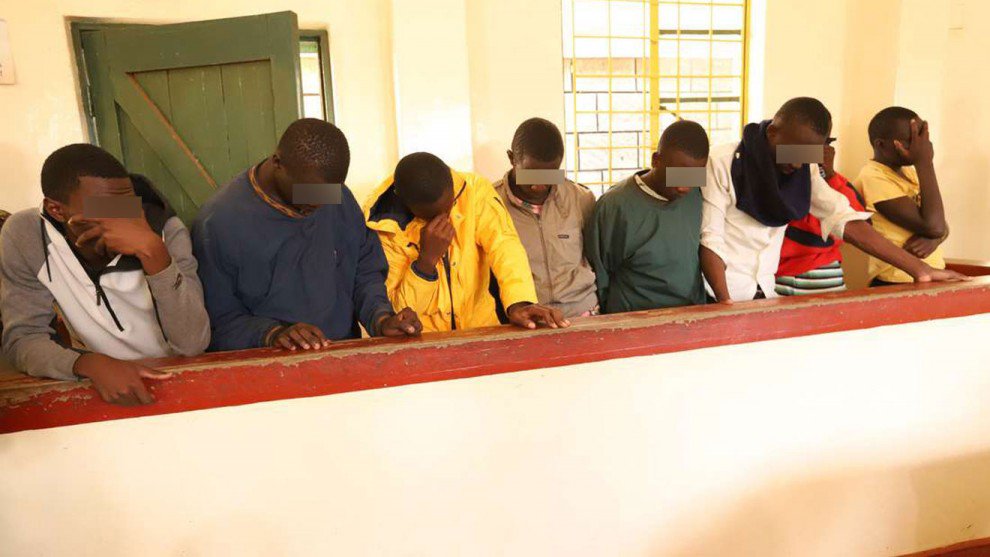 Eight students of Ambira High school who have been in police custody for allegedly insulting Cabinet Secretaries Amina Mohamed (Education) and Fred Matiang’i (Interior) have been released on a free bond.

The students, who were arrested after a video of them hurling insults and claiming they cheated on their exam went viral, appeared at Ukwala Resident Magistrates Court.

Senior Resident Magistrate Gladys Adhiambo directed that the students must appear before Ugunja DCIO’s office when summoned until their case is determined.

The students who were charged with offense of being public nuisance contrary to section 94 of the penal code, have been in police custody from last week after the prosecution requested for more time to complete investigations.

The prosecution had told the court that on the 21st November 2018, the students jointly with others who were not in the court were captured in a video clip while hurling insults at the two cabinet secretaries and also claiming that they had cheated in this year’s KCSE examinations.

The viral video of Ambira High School boys apparently gloating that they had cheated in the on-going Kenya Certificate of Secondary Education exams had touched the President’s raw nerve.

Speaking at State House, Nairobi, on Saturday when he presided over this year’s Kenya Scouts Association’s Patron’s Day, Uhuru said, “Some of the things the young people are engaging in require sheer guts … telling us through insults that they are proud to have cheated in the exam.” Calling on students to be disciplined and respect elders, the President said the boys are “Where they should be.” “If you can brag about cheating we will show you what the State does with cheats.”