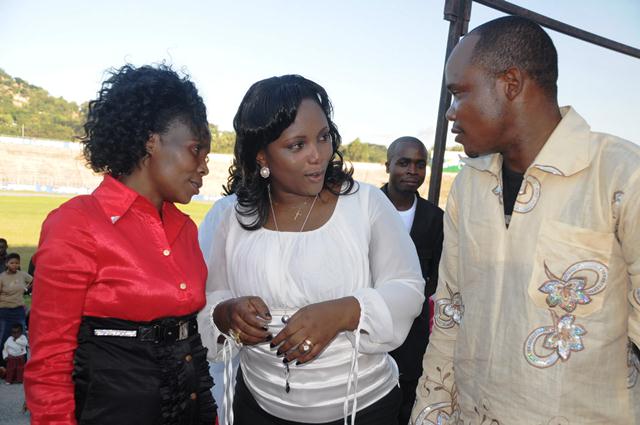 Tanzania Gospel star Rose Muhandop has been in the headline for the last couple of days following a viral video that showed her being “rid of demons” by one preacher from Kenya James Ngángá.

Being a gospel artist and known for spreading the word through her music, the star has shocked many including one of her colleagues from Tanzania celebrated gospel artist Christina Shusho.

In an interview Ms, Shusho said, “The now-viral video [of Rose Muhando] indeed left me in shock. She is a colleague in the gospel industry, and I wouldn’t want to say much about it [footage]. Though, what I would tell you is that we – in the gospel industry in Tanzania – are pooling our resources together to ensure that we help Ms Muhando. We have started an initiative, which I believe, will go a long way in offering her the assistance she so much needs.”

In addition she said, “Rose is my friend. We have always communicated, though not very frequently. I am sorry I did not know how deep-rooted her problems were, given we live quite far apart from each other. Had I known earlier, I would have done something to help. We are with her during this trying time, and promise to pray for her. I assure you that something is being done.”

However Ms. Shusho did not deny or accept the fact that the music industry in Tanzania has been infiltrated by dark forces considering what Muhando, had confessed in church.

According to her she has not experienced dark forces attempting to pull her down or disorientate her life, she further asked to pray for Rose.

And now, Christina Shusho, a celebrated gospel star from Tanzania, says she was shocked by Ms Muhando’s revelations.

According to Ms Muhando’s close friend, who is a Kenyan gospel artiste, Stephen Kasolo, the Tanzanian singer’s children came to her rescue after photos and videos of a visibly weak Ms Muhando went viral on social media.

Ms Muhando has in the recent months been said to be ailing, although it remains unclear what she is suffering from.

Mr Kasolo said the award-winning gospel musician, 42, was still within the Kenyan borders, even after the Tanzania Music Foundation (TAMUFO), last Thursday, asked her to travel back to Tanzania immediately for “specialised medical treatment”.