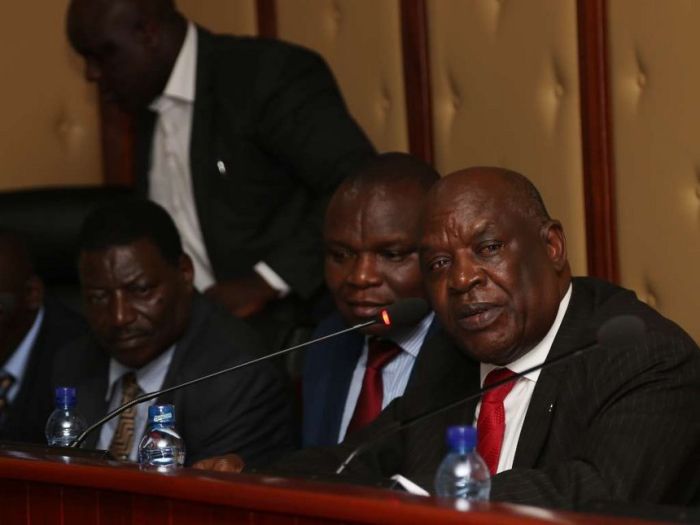 Are they ghost workers?

Over 300 Nyamira county officials  will not receive their November salaries over absenteeism,county’s head of Public Service Erick Aori indicated  through a circular dated November 23, 2018.

This was after Aori made an impromptu tour to all county offices and found out that very few staff members reported for work by 9.00 am.

The revelations prompted Aori to direct that the  salaries of the absent members be withheld until the county government confirmed the reasons for the employees absenteeism.

Aori issued a 30 days time-frame for Chief Officers to confirm the whereabouts of the missing staff members before any payments could be released.

And in Kakamega County government is pursuing ex- MCAs who have defaulted to pay back loans amounting to Ksh250 millions extended by the Assembly.

The County Assembly clerk Patrick Kamwessar noted that the defaulters had sent the county assembly into a financial crisis.

This has made it impossible for them to issue car loans and mortgages to current MCAs.

“We have no other option but engage lawyers to handle the matter since the former MCAs have failed to respond to notices to pay up the money,” Kamwessar revealed.

To avoid the same scenario in future, the assembly formulated tough guidelines to ensure that the county officials repay their loans in full before leaving office.