Ivan Rakitic feels Croatia were the better side in the World Cup final and thinks decisions made by VAR favoured eventual winners France.

Croatia went down 4-2 in Moscow in July, with Antoine Griezmann giving France a half-time lead from a penalty awarded following a video review, after a Mario Mandzukic own goal had been cancelled out by Ivan Perisic.

It was a goal that proved decisive, as Didier Deschamps’ side went on to claim the trophy thanks to second-half strikes from Paul Pogba and Kylian Mbappe, before Mandzukic pulled one back.

The 2018 finals were the first to use VAR, which FIFA hailed as a success, despite some controversial incidents during the tournament. 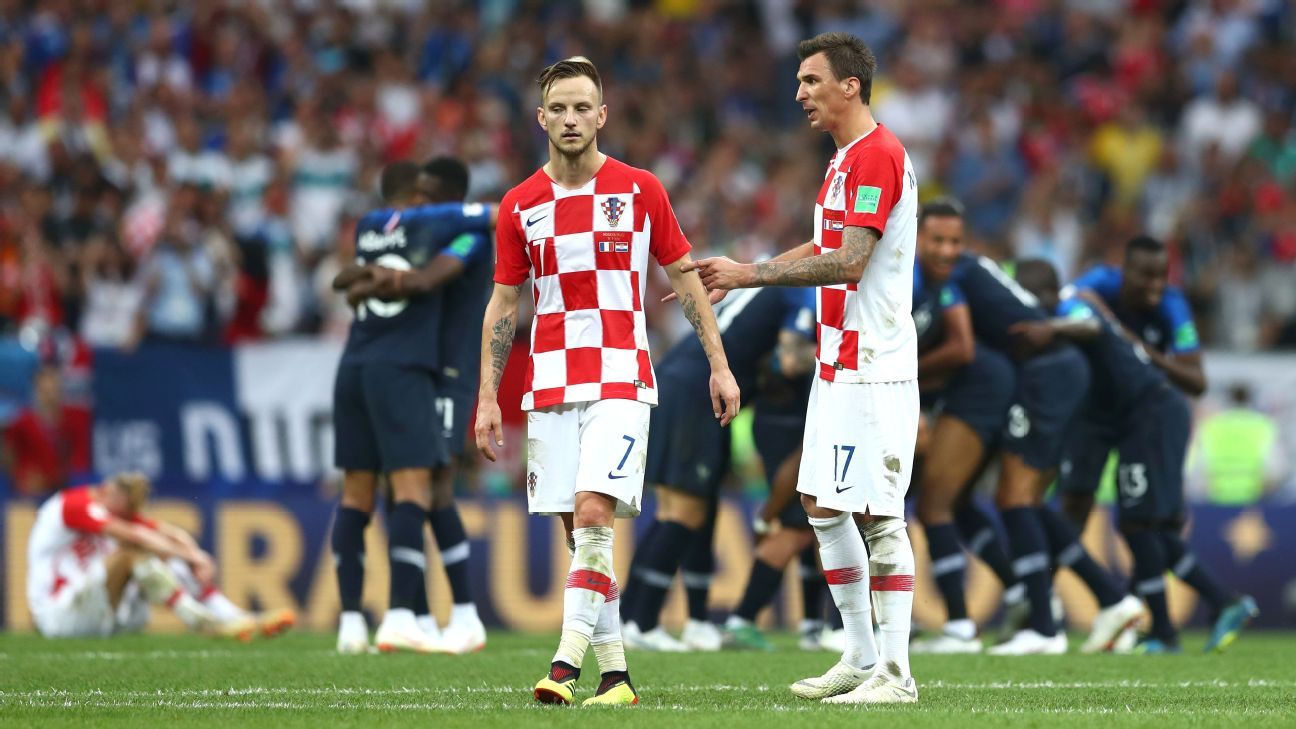 And Barcelona midfielder Rakitic believes France benefited from more than one fortunate decision in a match he feels Croatia controlled.

“Don’t talk to me about VAR; I’ve dreamed about it a thousand nights,” he told The Guardian.

“That was maybe our best game. For an hour we were better than them, far superior. You can see it in your opponents’ faces sometimes and we could see that France didn’t know how to stop us, how to control us, how to get out, to attack.

“In that final, the footballing god was French. The first goal comes from a free-kick that’s not a foul and VAR could have intervened because Pogba was offside.

“Then VAR didn’t get the penalty wrong exactly but if he hadn’t given it there wouldn’t have been many complaints. If there’s a penalty, I see it once and I know; I don’t need to see it 10 times.

“Anything that improves football is welcome but with VAR, play stops, football loses that ‘something’. You score and can’t celebrate, you wait to see if the referee’s finger’s in his ear or he is [gesturing for the television replay].”

Rakitic accepts it has been difficult to move on from Croatia’s defeat despite them having reached the final for the first time, their success rewarded by captain Luka Modric winning the tournament’s Golden Ball and The Best FIFA Men’s Player award for 2018, while Zlatko Dalic was nominated for the coaching prize.

“You go over and over it, especially the first night,” he continued. “You say to yourself, to each other: ‘You were the better team, you created chances, France weren’t comfortable’.

“There are those goals, then Pogba shoots, and it bounces back to him for another shot. Mbappe’s going at 50kph and scores – we’re caught on the attack, wrong-footed. Little things didn’t go for us. But we played a great, great game and our heads never dropped despite losing for some time.

“You think: ‘Bloody hell, we did everything to win’. And then a combination of having it taken away from you and them winning it, and… pffff… it doesn’t feel right. But that’s football. The best team doesn’t always win; the team that gives the most isn’t always rewarded.

“And I don’t know if I’ll make it to the next World Cup. To have come so close and not to have won it, and like that. You congratulate France, who deserved to be champions, but we could have been deserving winners.”