When we look at our schools today, it is evident that there is something missing. We need to go back to when the church played an important role in our schools. A time when church sponsored schools and mentored children.

And in this regard ,the President has promised that the Government will restore religious services, spiritual guidance, and counseling in schools to help in mentoring and guiding children.

The President ordered the Ministry of Education to restore the ownership of all Church-built schools and  further directed the ministry to restore Church sponsorship of schools which traditionally used to be under their care.

The Head of State said he has given relevant Government officials a week’s time to finalize the process of restoring ownership of the schools to the Churches. “There are many schools built and sponsored by Churches. Restore that sponsorship. I have also given one week to restore all Church owned land and schools to their rightful owners,” said the President.

Archbishop John Njenga ensured that the church and government would walk together, to ensure our young country at that time would offer quality education to our people @WilliamsRuto pic.twitter.com/j2PG7scKNK

President Kenyatta spoke at the funeral service of Archbishop Emeritus of Mombasa John Njenga that was held at the University of Nairobi Grounds. He said he was giving the directive on Church schools to honour the memory of the late Archbishop who passed away on November 4th after a short illness.

He described Archbishop Njenga as a selfless leader who had humility and was dedicated to the service of God and man. President Kenyatta said the Archbishop will be remembered for the role he played in creating a synergy between State and Church in improving education.

“He played a huge role in ensuring that the Church and Government were able to work together to give quality education,” said the President. On his part, Deputy President William Ruto, described Archbishop Njenga as “a selfless Kenyan, a visionary leader and a committed Bishop. 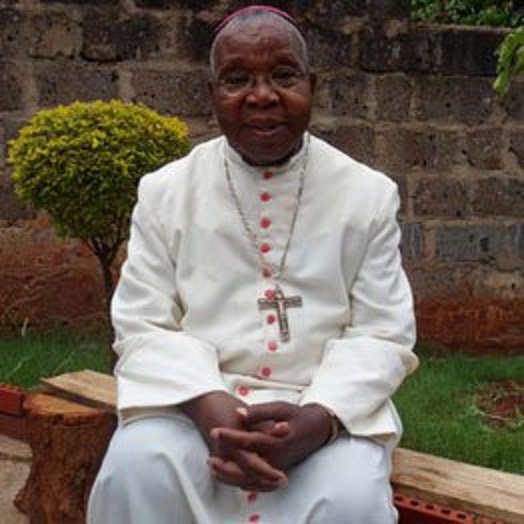 ” The DP said the Archbishop has an exemplary track record of starting close to 50 schools in regions surrounding Eldoret, where he served as a Bishop from 1970 to 1988. The Deputy President said the Archbishop was a man who would always choose what was going to help others instead of what would benefit him personally.

Former Vice President Moody Awori, who was a classmate of Archbishop Emeritus John Njenga, also spoke at the funeral service. The Most Rev Njenga, regarded as a selfless man who was always ready to serve the Country and the Church, passed on at the age of 90 and was given the rare honour of being interred inside the Holy Family Basilica, Nairobi.

He was born on December 25, 1928 in Tigoni and attended Mang’u High School. He was ordained as a priest at Kibosho Major Seminary in Tanzania in 1957. In 1970, he was made the Bishop of Eldoret and transferred to Mombasa in 1988 where he became Archbishop in 1990. From 1976 to 1982, Archbishop Njenga was the Chairman of the Kenya Conference