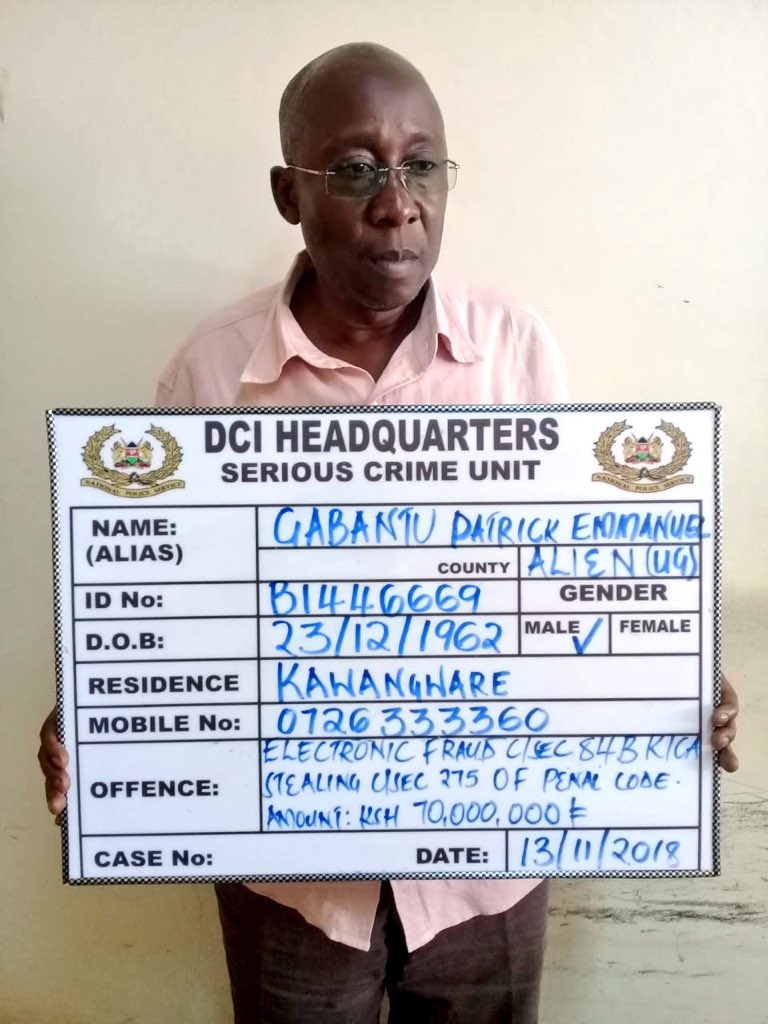 Police have arrested three Ugandans Gabantu Patrick Emmanuel, Zahra Ahmed and Abdullazac Rajab who have been allegedly defrauding Saccos in the country.

The three are accused of defrauding network provider Safaricom saccos, Bamburi saccos and Kenya Power’s Stima sacco. Police say they managed to illegally obtain a total of Sh54 million from the said saccos.

The three were arrested on Tuesday at Portal Place House in Nairobi and several passports recovered from them. They were held at the CID headquarters for questioning and are due in court tomorrow. (Wednesday)

The Director of Criminal Investigations (DCI) George Kinoti earlier warned banks and mobile service providers over financial fraud which has been on the rise, saying cases like this are mostly perpetrated by their own employees.

Mr. Kinoti then, in August, 2018 urged financial institutions to conduct thorough background checks on potential and current employees, warning that the sophisticated syndicate of criminals have widened their dragnet to Savings and Credit Co-operative Societies, where internal controls and risk mitigation measures are weak or non-existent altogether from commercial banks, which have been the main target.

The arrest has triggered different reactions from Kenyans.

He steals millions but lives in Kawangware? Stop playing games, who sent this man?

One Kenyan asked the DCI to deal with corrupt officials at the Immigration Department who allow criminals into the country through the back door.

“As always, we should shift the blame to @ImmigrationDept for giving passports and visas to anyone who is in a position to bribe. @DCI_Kenya to solve some of these issues, you need to do a thorough investigation of the immigration department.” said one Patrick Junior.

Do you think the Immigration Department is allowing fraudsters into the country?