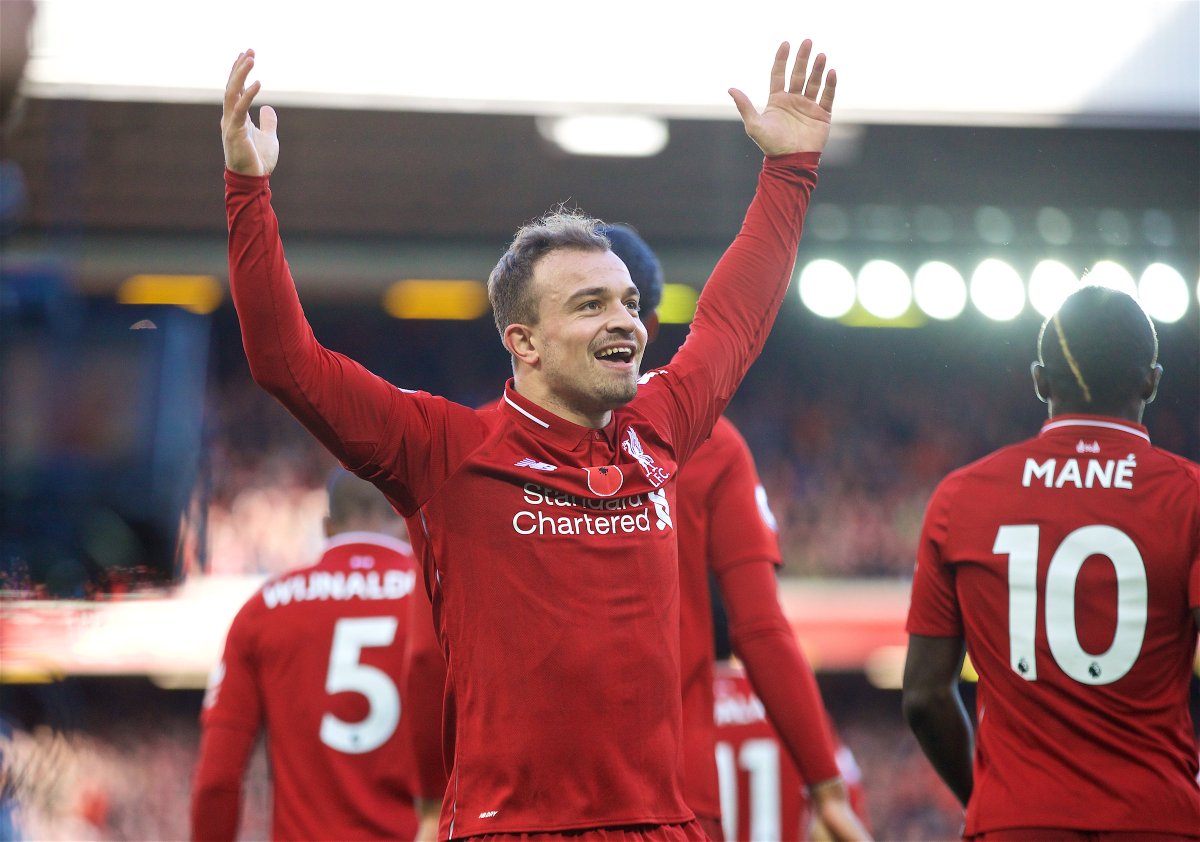 Liverpool winger Xherdan Shaqiri admits being left behind for last week’s Champions League defeat to Red Star Belgrade just made him keen to impress on his return to the side.

The Switzerland international, born to Kosovan-Albanian parents, remained on Merseyside because manager Jurgen Klopp wanted to dampen local tensions in Serbia, which does not recognise Kosovo as an independent state.

He came back with a bang against Fulham as the Reds’ creative spark, scoring the second goal which secured a 2-0 victory.

Shaqiri, who angered Serbia fans at the World Cup with the Kosovo flag on his boots and Albanian ‘double-eagle’ celebration against them, said he fully accepted Klopp’s decision but was keen to make an impact when named in the starting line-up again.

“There is a very hot atmosphere there and so it was better to stay at home and just concentrate on football,” he said.

“I was fresh, I stayed here and trained with some other players but it doesn’t change a lot. I wanted to give a good performance and, yeah, it was a good one.

“In the end it is the coach’s decision who is playing and against who. If he decides to play you from the beginning, nice and good, but also if you are on the bench, try to come in and make an impact.

“Only 11 players can play and we have a big squad (so) everybody has to accept the decisions of the coach and until now it’s going very good and we are in a good way.”

Klopp has tweaked his 4-3-3 system in recent weeks to a 4-2-3-1 which accommodates his ‘big three’ of Mohamed Salah, Roberto Firmino and Sadio Mane as well as Shaqiri.

The Swiss is relishing lining up with that trio and is more than comfortable alongside world-class talent as team-mates, particularly after his spell with an all-conquering Bayern Munich side between 2012 and 2015.

However, he was reluctant to compare Salah, Firmino and Mane to his former Bundesliga team-mates.

“I played in Bayern Munich with Franck Ribery, Arjen Robben so I knew it already! It was nothing new for me,” he added. 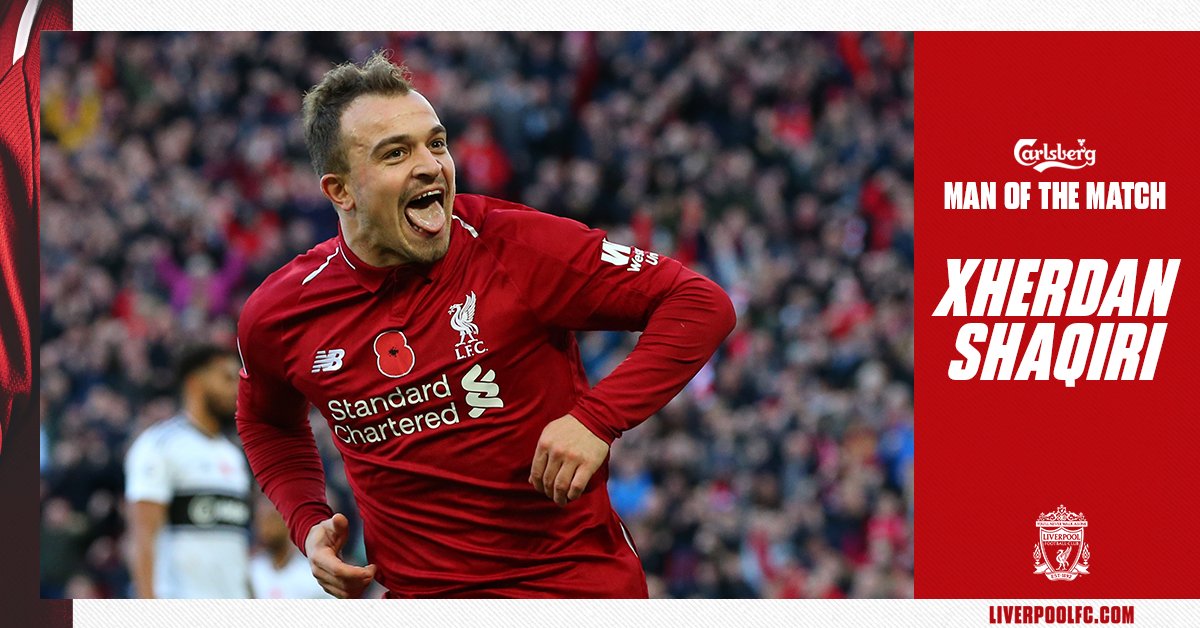 “I knew already how good these very talented players (were). We have a very good team, a young team also, so our process is going very well and I’m just proud to be part of this team.

“I try to give good performances and (pay) the coach and the fans back.

“But of course the intensity at the highest level, it’s the same at Bayern Munich and Liverpool.

“When you want to be a top team, you have to be on the highest level to make your best performances but to compare both teams is difficult.”

That is so true.