Reports are suggesting Manchester United are ready to offer the ageing Ashley Young a contract extension, despite his unconvincing display at right-back during the course of his side’s embarrassing derby defeat to Manchester City on Sunday afternoon.

The Red Devils’ 3-1 loss at The Etihad showed how far they have fallen behind their near neighbours as they are now 12 points adrift of the Premier League leaders after just 12 games of the season and it is clear that a major overhaul of the Red Devils playing staff is needed.

Young’s current deal at Old Trafford expires at the end of the season but United are ready to offer him a one-year extension for a second term running, after previously extending his deal in March, according to Sky Sports.

United’s desperation to keep hold of Young seems odd at a time when their defence is leaking like a sieve.

Young, 33, has appeared in eight league games during the 2018/19 season and United have conceded 16 goals in those appearances (average of two goals a game). Young’s tackle success rate is a respectable 67%, although it is perhaps a sign of his dwindling pace that he has committed 13 fouls.

Defensively, Young looks vulnerable as he has won just 35 of 63 duels so far, while his attacking thrust has been less effective this season as his cross accuracy is down at 19% – compared to 28% last season. 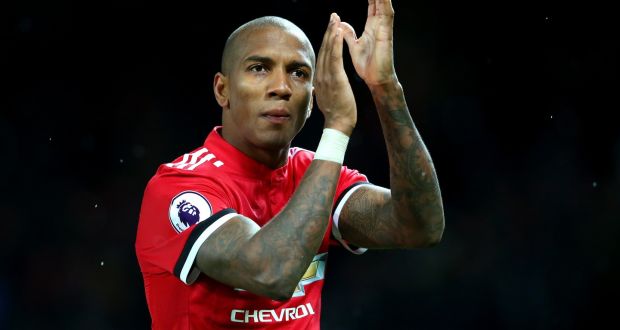 There is no doubt that Young has been a fine servant for the club since joining from Aston Villa in 2011, but the offer of a new contract extension is hardly a sign that United are ready to delve into the transfer market in a bid to find a suitable world-class full-back who is at the peak of his powers.

Instead, United are offering a contract to an ageing player who is a winger first and a defender second.

There is some sense in keeping hold of Young if he is to help Diogo Dalot, 19, develop and act as cover to his younger teammate. The galling fact for fans of Manchester United is that they have to watch their great rivals Manchester City romp away at the summit of English football with two genuinely world-class players in every position of the field, even if recent reports cast question marks over the morals of their transfer strategy…