AFC Leopards last won the domestic title way back in 1998.

The Question is can Nikola Kavazovic restore the clubs glory?

The 43-year-old Serbian signed a two-year deal with Ingwe to replace Rodolfo Zapata, who, ironically took his place at Township Rollers in Botswana.

Kavazovic arrived in the country on Monday and held his first training session with the team a day later.

During his unveiling, the Serbian urged fans to be patient as he seeks to end the 20-year wait for a Kenyan Premier League title at the Den. 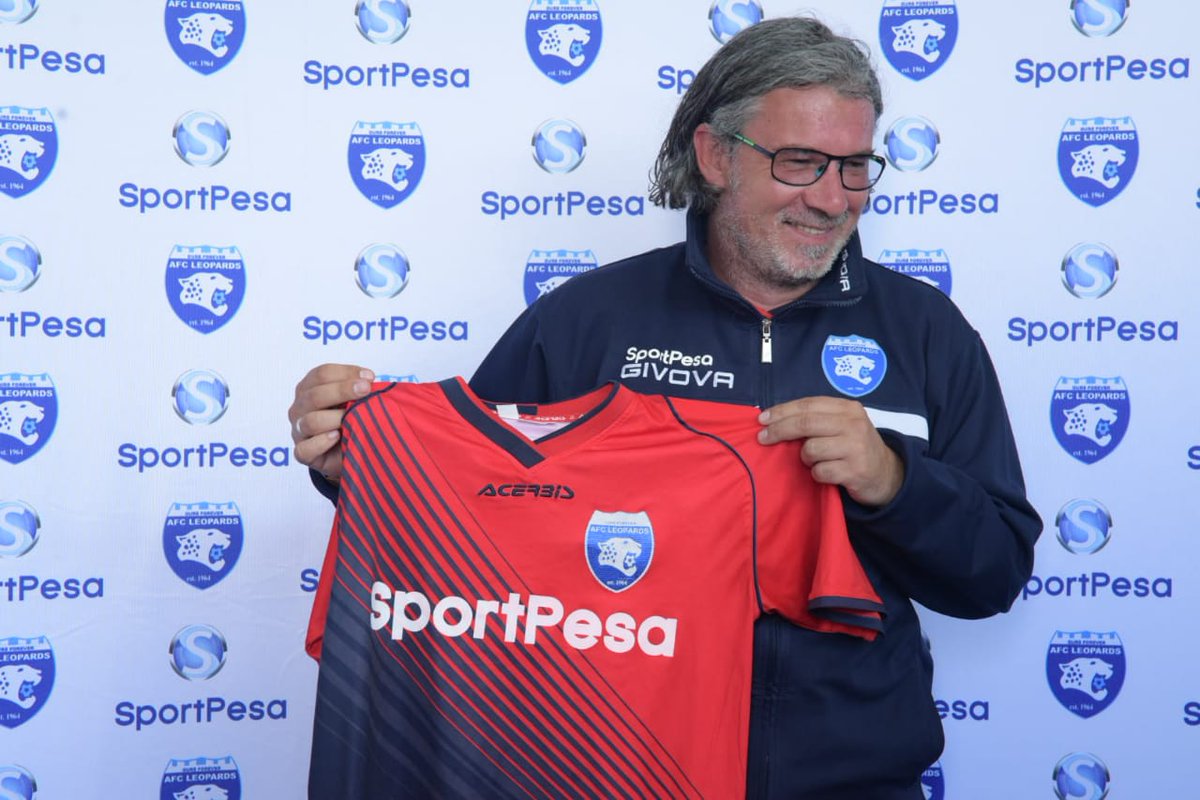 “I’m grateful to the management of AFC Leopards for giving me an opportunity to coach this great club. In my contract I must finish the league in the top two and I need the support of everybody,” said Kavazovic, who will be assisted by Marko Vasiljevic.

“The management has informed me that the fans just want the title and nothing else. I’m a coach who doesn’t promise anything, but if I fail in the first season, I will do something big for them in the second season. We might struggle for results in the first season, but fans should expect a different Ingwe in the 2019/20 season,” underlined the Serb who won a double – Botswana Premier League and Mascom Top 8 Cup – with Township Rollers FC in his first season at the club.

“I have won trophies elsewhere including six in Asia. I have been asked to bring trophies to this big club but I need support from all stakeholders. As usual, I will always take any responsibility for any loss,” urged the 43-year-old coach who has also coached in Europe and Asia.

Igaida also announced that the club is on the verge of signing four new players and parted ways with nine most of who did not find enough playing time last season.

The four acquisitions will be announced once the club finalises negotiations.