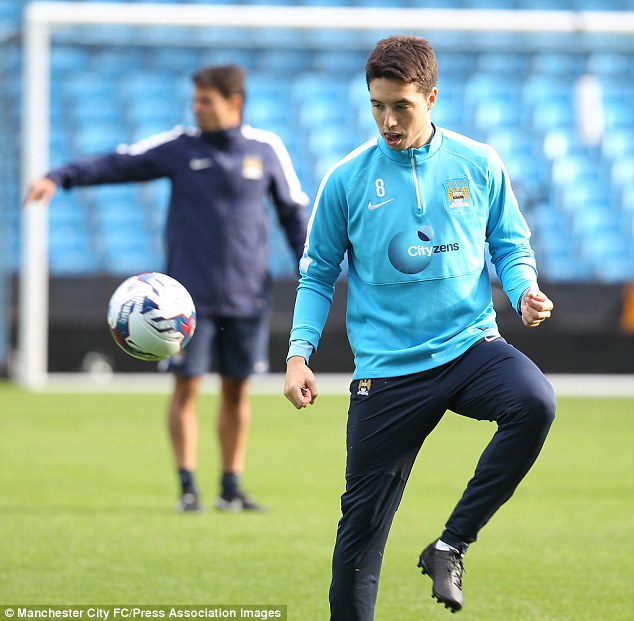 Former France midfielder Samir Nasri is to undergo a medical at West Ham before a proposed move to the London club.

Nasri is allowed to start training again this month after completing an 18-month doping ban.

It is understood the 31-year-old former Arsenal and Manchester City player will join the Hammers for an initial six months with the option to extend.

He will be able to play from 1 January, 2019 and would be reunited with one of his bosses at City, Manuel Pellegrini.

Two-time Premier League winner with City, Samir Nasri, is set to return to English football with his doping ban almost up.

Samir is undergoing a medical at West Ham where he will be reunited with Pellegrini and Zabaleta. [Evening Standard] pic.twitter.com/XgQUYwUa9f

Nasri most recently played for Turkish club Antalyaspor, but his contract terminated on 31 January this year.

A month later he was banned, initially for six months, for using an intravenous drip treatment that contravened World Anti-Doping Agency (Wada) rules, leading to a Spanish Anti-Doping investigation.

It was alleged that in 2016, while on loan from City to Sevilla, he received 500 millilitres of hydration in the form of sterile water containing micronutrient components, which exceeds the permissible limit.

In February 2017, a request by Sevilla for a retroactive therapeutic use exemption (TUE) for Nasri was refused by Uefa, and its decision was later upheld by the Court of Arbitration for Sport.

The France midfielder has made 215 appearances in the Premier League, featuring for Arsenal from 2008 to 2011 before moving to Manchester City for £25m, where he stayed until August 2017.