If you have not watched his magical foot works and football wonders then  don’t worry, he is in Kenya. Ronaldinho Gaucho, who is one of the world’s greatest footballers did not arrive but landed  around 4 PM on Friday,in style. He made sure he made an entrance.
As per tradition, the FC Barcelona ambassador was welcomed by spirited Maasai dancers. 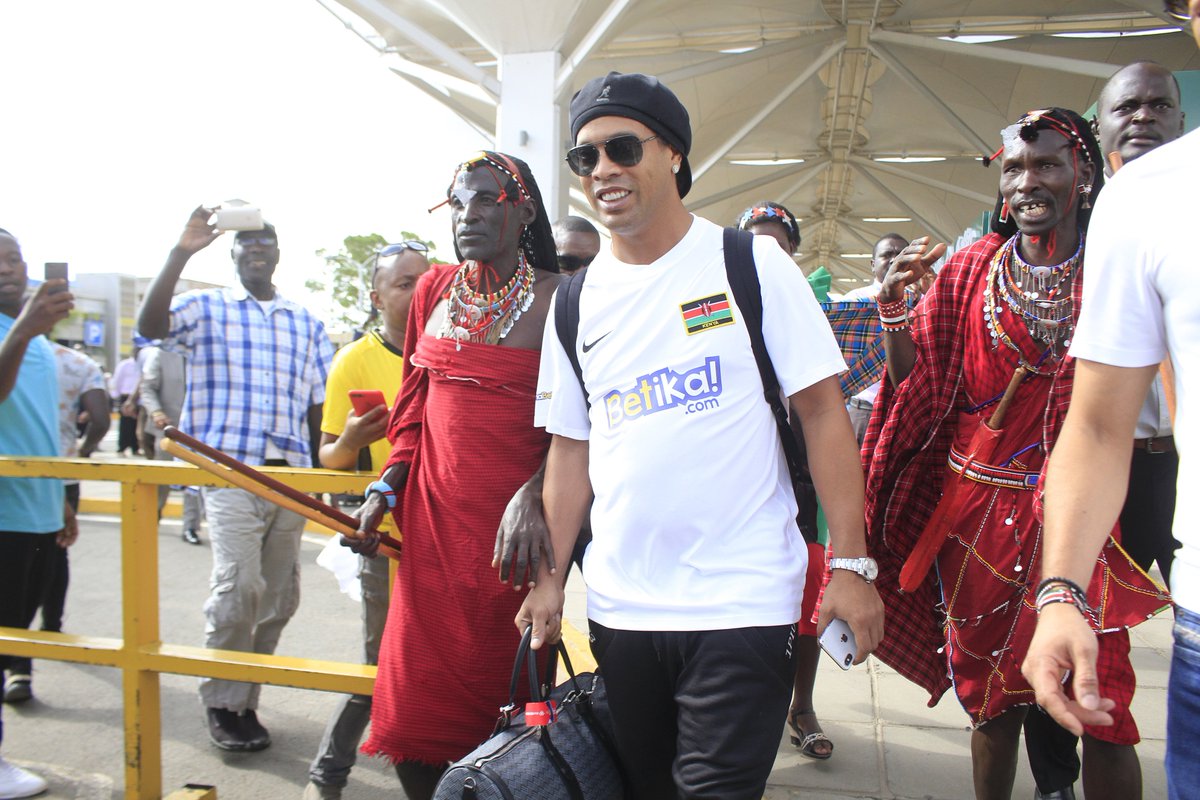 Earlier on, the Extreme Sports Operations Manager Athanas Obang’o had confirmed Ronaldinho’s visit and they hoped that the legend’s visit will inspire many football fanatics at the grassroots.

“Extreme Sports looks forward to making it a memorable day for all the fans. Having such an icon as Ronaldhino is inspiring to the players and we hope to continue working together in the future,” said Obang’o. 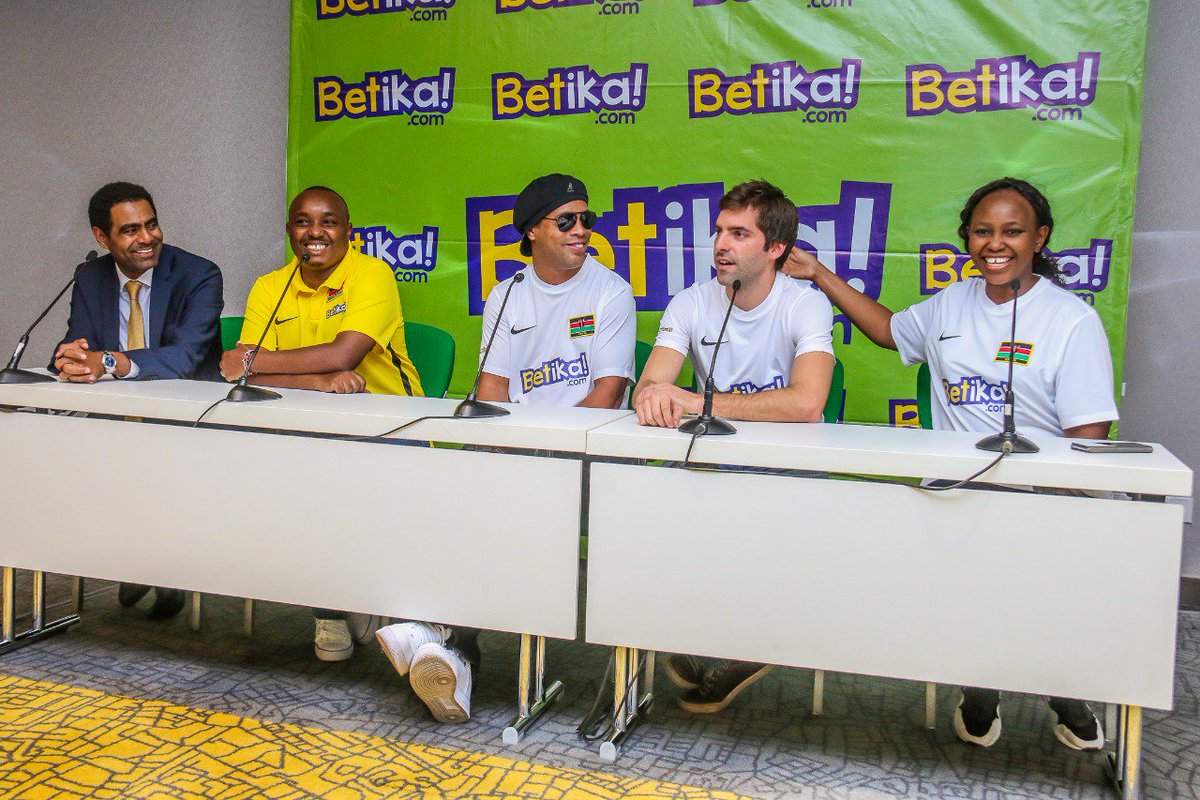 Most people not only in Kenya have incredible talent that haven’t been discovered or has just been wasted and Ronaldinho’s visit will inspire upcoming footballers from grassroots level by helping Kenya to realize its dream for playing in the 2022 FIFA World Cup.

Some because of lack of avenues they always decide to sell their talent few coins in the streets. 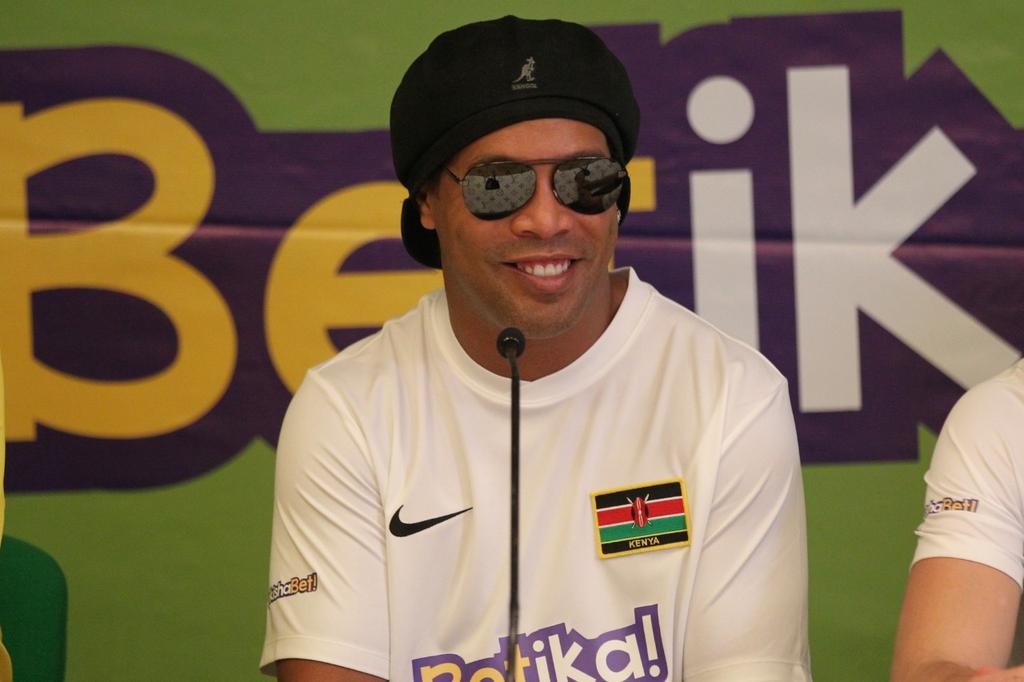