The impending enforcement of the so-called Michuki rules has forced Matatu owners back to garages ahead of the November 12, deadline.

They said the rules were not suspended and that government agencies would work together to ensure sanity prevails on Kenyan roads.

The more a matatu is pimped the more it is driven recklessly. Those with corporate colours are most of the time driven with courtesy. Example KBS, Double M, MSL, NAWASUKU et al #TheDailyBrief @K24Tv @Ma3Route @KenyanTraffic @TransportKE @FredMatiangi @ntsa_kenya

“We will launch a crackdown to restore order and good management of the transport industry in our country,” Dr Matiang’i said in Nairobi.

He added that the clampdown would will be continuous “and not like previous instances where laxity on the part of the law enforcers encouraged matatu owners and crew to flout rules”.

The need to enforce sanity on roads comes at a time the number of deaths and injuries on roads has been on the rise.More than 2,620 Kenyans have lost their lives in road accidents this year alone.

The Cabinet Secretary directed traffic officers not to spare those breaking the law.

“This is the only way we can save lives and restore order on our roads,” he said.

He also called on police to ensure vehicles with bodies that do not meet the required standards are removed from the road.

The government thinking that people can use back window of a matatu in nairobi and Kenya to jump out incase of an accident is a big joke. Can we just imagine jumping from pale behind Gari ikianguka ???? @JBoinnet @xtiandela @ntsa_kenya pic.twitter.com/x3uXgPs3Q2 @SirJeremyKE

Mr Macharia said the high number of crashes is alarming.

He added that the owner and driver of a vehicle flagged for recklessness would be prosecuted.

“The same measures will be taken against officers who spoil the name of the National Transport and Safety Authority and the police service. We will lock them up,” the Transport minister said.

He added that to avoid accidents, stakeholders in the transport industry would also target private vehicle owners.

“The high number of deaths and injuries on our roads is as a result of drivers not observing safety. We will make sure no criminal is left on our roads,” Mr Macharia said.

The ministers were speaking during a briefing on traffic law enforcement at the Kenya School of Government, Nairobi.

They also warned insurance companies against collecting premiums but refusing to settle claims. Dr Matiang’i cited a case where some Kenyans died when their bus was involved in an accident.

The matter has attracted legal action due to non-settlement of claims, he said. 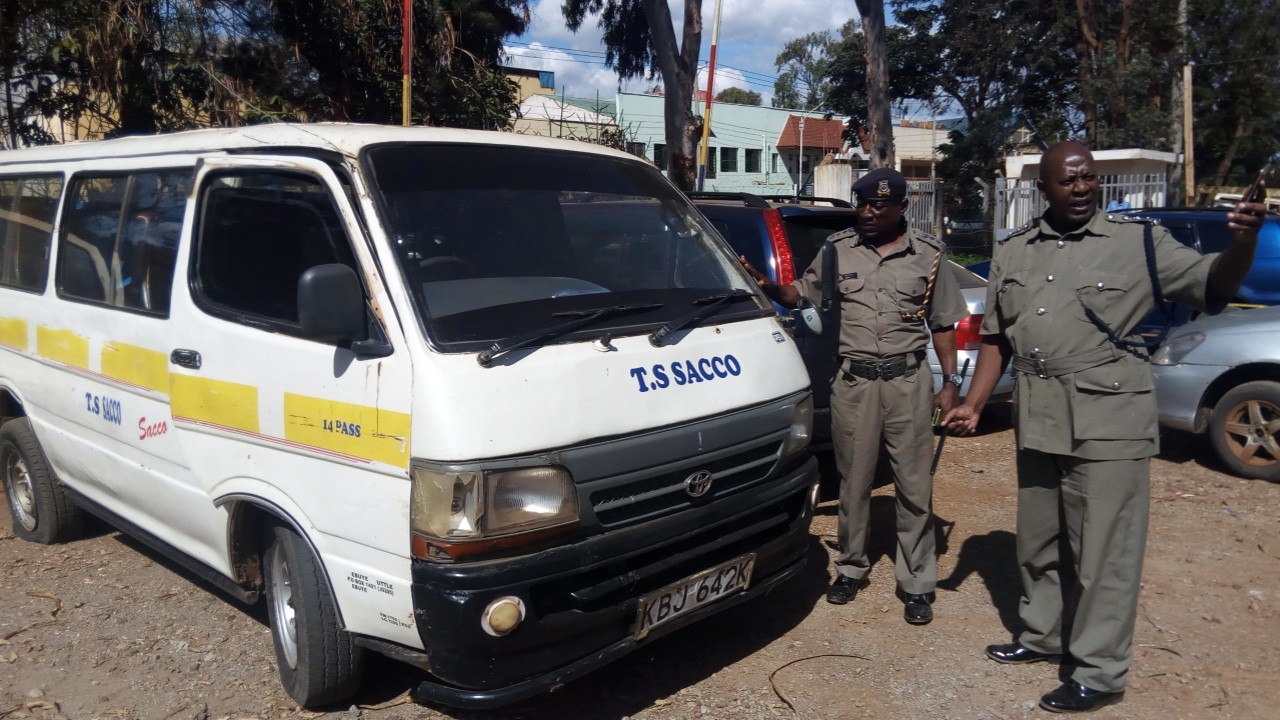 Separately, the Interior CS presided over the launch of a reporting system expected to enable the public to raise complaints against rogue police officers anonymously.

The complaints raised through the Anonymous Reporting Information System, will be acted on fast, he said. He added that several options have been made possible to ensure the public raises its concerns conveniently.

“You can either call 0800721230, send a text message to 40683, report through the website www.iau.go.ke or visit the National Police Services offices,” he said at KCB Towers, Upper Hill, Nairobi.

Those with Android phones can download and use the application, ARIS.

Dr Matiang’i said the objective of the programme is to restore public confidence in police officers and their work.

The minister also called for co-operation between the civil society and the police to enable a transparent exchange of information.