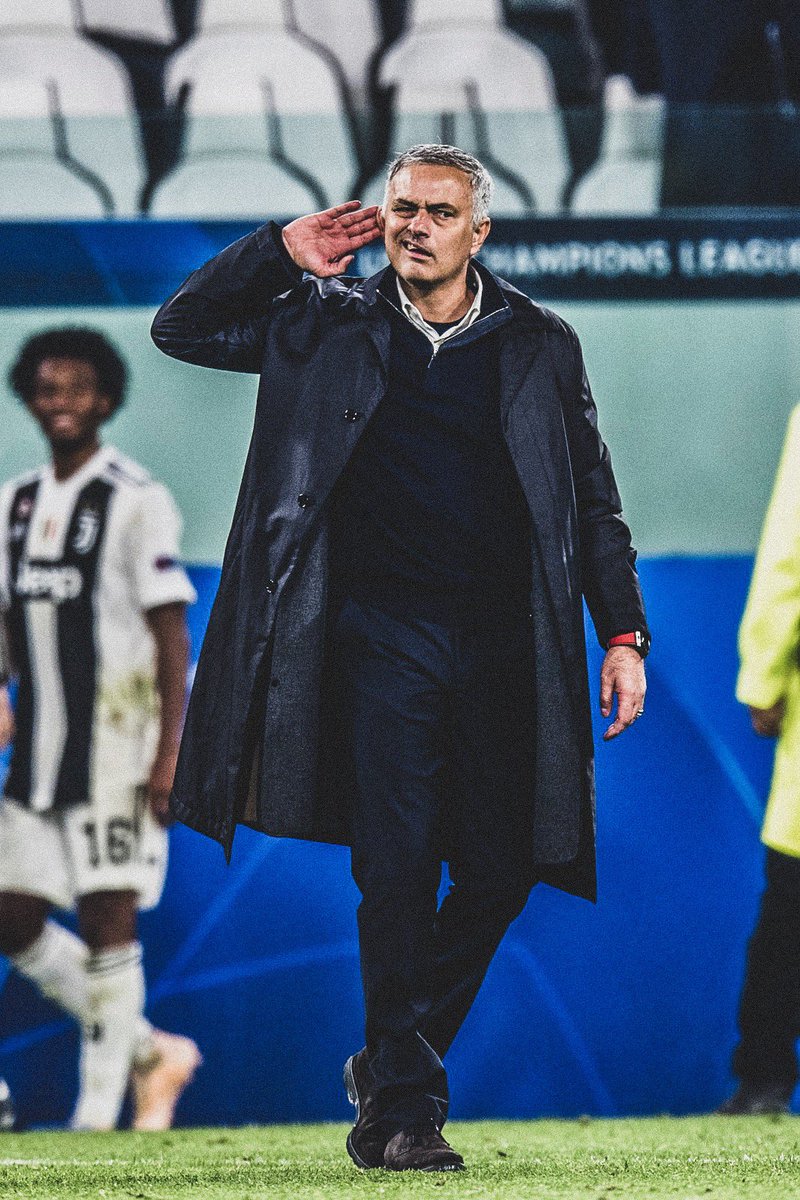 Jose Mourinho lives for away wins. Home comforts have never really motivated him: the familiar rhythms, the warm and soppy adulation of an adoring crowd, the mass conjugal group hugs. No, Mourinho does his favourite work on the road: with boos ringing in his ears, a discarded boarding pass in his back pocket, and pure malice in his soul.

Think Old Trafford 2004, the Nou Camp 2010, Anfield 2014, City’s title parade, Vilanova’s eye. Mourinho enjoys nothing more than coming to your house, wiping his feet on your carpet, perching himself to your best armchair and deleting everything he doesn’t like from your Netflix watchlist.

And to the above collection, we must now surely add Turin 2018. See the relish with which Mourinho goads the Juve fans afterwards, the same fans who had spent the evening serenading him with chants of “figlio di puttana” (“son of a whore”) and “il triplete, mettilo nel culo”, which roughly translates as “stick your Treble up your arse”.

👂 Jose Mourinho has defended his celebration after @ManUtd's 2-1 win over Juventus in Turin.

Spot the United official dragging him away from a confrontation with Leonardo Bonucci and Rodrigo Bentancur because Mourinho is enjoying himself far too much. Notice the thin, diabolical smile with which he teases a reporter who questions him about the gesture after the game. To watch Mourinho on Wednesday night was to become reacquainted with the man one Arsenal website describes as “history’s greatest monster”.

It’s a moniker you suspect would please Mourinho immensely. Whether you found his antics agreeably cathartic, rollicking good fun or a curiously infantile gesture for a 55-year-old father of two will depend, I guess, on your pre-existing opinion of him. But this was one of those rare occasions where even the sideshow failed to tarnish the lustre of the show itself: a supreme Mourinho ambush, an acid throwback to his halcyon days, the aging rocker dusting off his jet-black leathers, shoving a marrow down his trousers and belting out one valedictory classic.

here was, of course, the usual fug of misinformation and disinformation: his ludicrous claim ahead of the game, for example, that the match “didn’t matter” because it would be the final two games that decided United’s qualification. Like many of Mourinho’s press conference statements,

it was a bare-faced lie, albeit a lie with a clear tactical purpose. By painting the opposition as the untouchable maestros and his own club (annual revenue £590 million) as the hopeless makeweights, Mourinho was exactly where he likes to be: cornered and written off, albeit written off partly by himself and in a corner largely of his own construction.

And though what happened next will have been described in some places as a shock, some seasoned Mourinho-watchers may well have been able to spot a familiar pattern in the masquerade. It doesn’t always work, of course – remarkably, telling elite footballers they’re not good enough can meet with mixed results – but sometimes, when the cards fall into place, when you get a decent start and the opposition miss a few chances, when the nerves begin to fray, Mourinho’s teams can turn the tide in spectacular fashion.