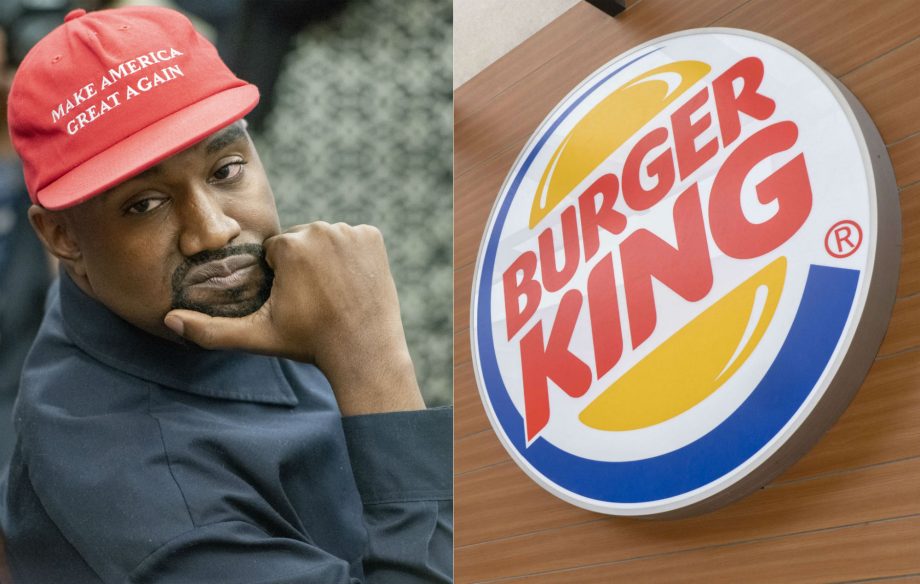 From what it looks like, Burger King does not only grill burgers, they are here to roast people too. In a tweet that has since gone viral, the Burger King UK franchise trolled Kanye West after he posted a tweet saying that Mc Donalds was his favourite restaurant.

Before Kanye West announced that he had quit politics to focus on being creative, the American rapper had been very vocal about his support for Trump and even met with the President at the White House urging black voters to explore other options besides candidates in the Democratic Party.

This was a reply to a tweet Kanye made last month after crying foul saying that he had been used to spread messages he didn’t endorse.

My eyes are now wide open and now realize I’ve been used to spread messages I don’t believe in. I am distancing myself from politics and completely focusing on being creative !!!

“My eyes are now wide open and now realize I’ve been used to spread messages I don’t believe in. I am distancing myself from politics and completely focusing on being creative !!!” read the tweet.

Earlier this year, President Trump admitted that he loves to eat at Mc Donalds claiming that he prefers to do so because of his fear of being poisoned.

As much as it was savage, you must admit that the person running the Burger King Twitter account deserves a raise.

Live footage of Burger King after this tweet: pic.twitter.com/ncwkf7mBMO

Damn. Yeezy just got roasted by the King. And by roasted I mean flame broiled.

Burger King is now not only the King of burgers but also, the King of savage. The Franchise later tweeted saying that if they knew the tweet was going to go viral they would have made a sound cloud.

If we knew this was going to blow up we would have made a soundcloud..

What do you make of Burger King’s tweet to Kanye West? Was it too personal or simply hilarious?