Migori, which has reportedly been losing millions to ghost workers, had debts amounting to Sh1.8 billion.The Auditor General has unearthed a mega scandal in Migori county’s payroll in which an excess of Sh355 million was spent as salaries for ‘ghost workers’.

“No justification has been provided for the Sh355,528,023 excess vote on budgeted salaries thus overspending by 25 per cent,” says the report.

Governor Okoth Obado’s administration could not explain to the auditors a negative balance of Sh123,545,366 in the development and recurrent expenditures vote books.

“It is not clear how funds not available could be spent leading to negative balances,” the report notes.The report also questions a sum of Sh3,552,129 on personal allowances, paid as part of salaries, without supporting documents. 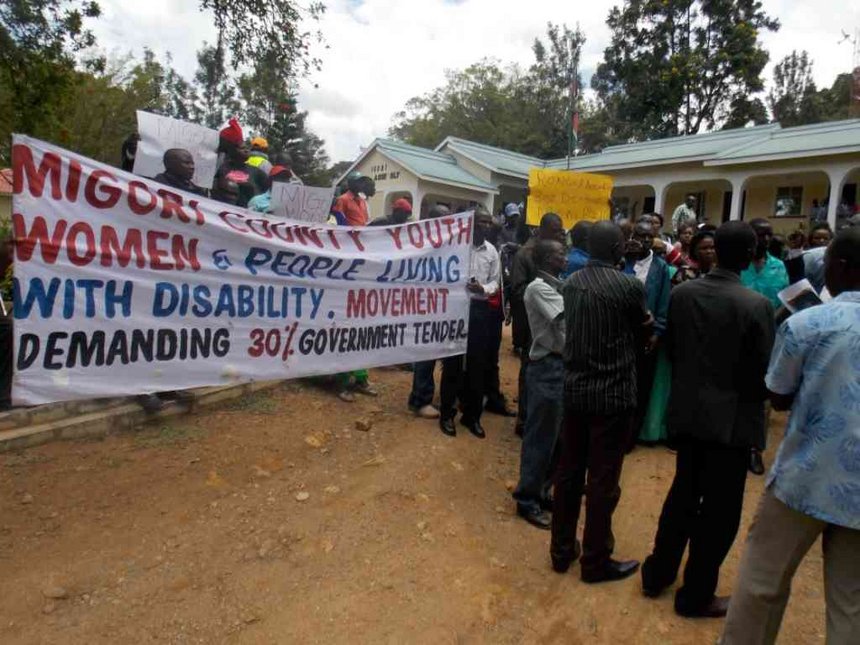 Auditor General Edward Ouko has also put the county government on the spot over a variance of Sh356,176,709 unreconciled and unexplained expenditure, between the budget implementation report and the audited expenditure for the year.

Ouko reveals that the contractor for the construction of a Sh7,891,745 general ward at Ntimaru Hospital took off from the site after receiving an initial payment of Sh1.7 million.The contractor deserted the site without fixing doors and curtain trucks, and completing electrical and painting works.

The auditor has also pokes holes in the Sh5 million tender for completion of civil works in Migori stadium. The contractor handed an incomplete project over to the county despite having received full payment.

Ouko also questions the completion of masonry fencing of the stadium at a cost of Sh24,015,144. This had not been completed a year and three months after the expiry of the contract period.

Tax payers would also have lost Sh9,542,149 through a tender for consultancy services for assessment of ICT application in Public Health Services.

The auditor says the process of procurement of M/S Seletrack consultants was not supported by approved request for assessment and that bid documents and requests for advertisement were not availed to the auditors.

“Although the final report on the findings by the consultant were provided, management minutes deliberating and adopting the report for implementation was not provided,” the report says.

The county has also been accused of buying a double cabin Toyota at a cost of Sh5,571,422 from Toyota Kenya, through direct procurement instead of an open tender.

The county also irregularly spent Sh39,281,800 from the previous year without repaying it into the county exchequer account and seeking authority of the Controller of Budget to spend as required.

The Auditor General further puts the county on the spot over the recoverability of pending imprests amounting to Sh8,869,890, issued to various members of staff.

Governor Obado paid 355 million to ghost workers in 2014/2015 and nobody has questioned this! Justice to Migori people #MigoriGhostWorkers

“Some of these imprests have been outstanding for long, with others relating to the year 2014. Staff (have also been issued with multiple imprests prior to surrender or accounting of those previously issued, contrary to the financial regulations,” says the report.

Travel Time Leader, a travel company, was paid a total of Sh8,918,711 but no documents were availed to show the purpose of the trips.