For the recent past the KCSE exams have had a lot of cheating cases. A lot of irregularities have been recorded during this exam periods.

The social media was used in most cases in spreading of exam materials which were leaked before exams being an advantage to other candidates who had everything on a silver plate.

The government even threatened to shut down social media during this period to curb the vice. The move was opposed by many kenyans. Thanks to Dr. Alfred Matiang’i who bought back some sanity into the system.

At least 664,585 candidates wrote their Mathematics paper in the morning. Chemistry is slated for afternoon.

The CS reported that the national tests started without any hitches. Her Cabinet colleagues oversaw the exams.

Amina further ordered quality assurance officers to furnish the ministry with reports on the state of teen pregnancies in schools.

The CS said the rising number of candidates delivering during the national exams was wanting.

“We must have this conversation (about teenage pregnancies). We cannot bury our heads in the sand,” she said.

“We are working on a policy on teenage pregnancy which will be rolled out soon.” 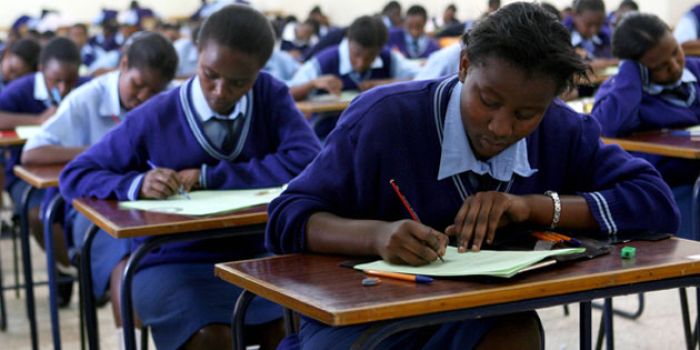 The CS said she will hold talks with her Health counterpart Sicily Kariuki to put up facilities in hospitals to be used by candidates sitting exams while seeking treatment.

Education PS Belio Kipsang was in Kisii town while KNEC chairman George Magoha was in Busia.KICD Director Julius Jwan was in Embu town to oversee the opening of exam containers.

DO YOU THINK THE TREND OF CURBING EXAM IRREGULARITIES WILL BE UPHELD?