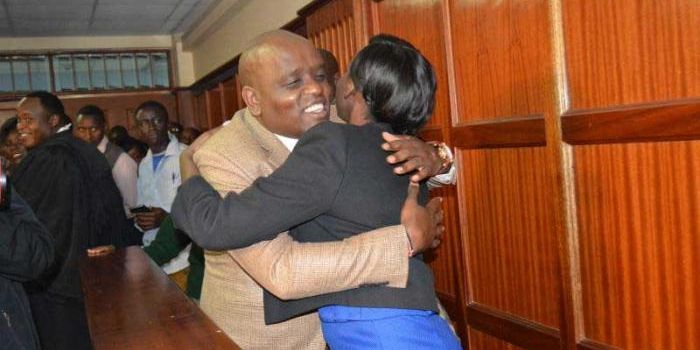 State House Digital Strategist, Dennis Itumbi, has explained his relationship with journalist Jacque Maribe following his fierce protection during Monica Kimani’s murder case hearing. Itumbi clarified that he has never been a boyfriend to the Citizen TV news anchor and that their relationship has never been that of lovers.

The Digital Strategist and Blogger further explained that their relationship is more than that of lovers and hoped to deepen their friendship.

“I am not Jacque Maribe’s ex-boyfriend because we have never been lovers, and she has also answered about those allegations. Our friendship is bigger than lovers,” Itumbi

“She is my friend and she will be forever, and I’m glad I’m there for her. She is a beautiful African lady and any man would want to date her, but for me and her, we are friends and ready to deepen our friendship to go far,” he continued.

The clarification came after the State House operative posted a celebratory message on Wednesday, October 31, thanking people for their prayers after Jacque Maribe was released from Langata Women’s Prison.

“Jacque Maribe, has just driven out the gates of Langata Womens Prison. Home, sweet home. Thanks for maombi (Prayers).” read the tweet on his timeline.

The tweet attracted a lot of online trolls with majority asking if the two are an item owing to how he had stood by her. Itumbi further revealed that since her release, they have not communicated stating that Jacque went to her parents and that she is preparing to get back to work.

Maribe was being held in prison alongside Jowie Irungu in connection with the murder of Monica Kimani. She was released on Ksh2 million bond or Ksh1 million cash bail.

Journalist Jacque Maribe and her fiancé Joseph Irungu have been presented in High Court in Nairobi for bail hearing in the case they are accused of killing businesswoman Monica Kimani. https://t.co/PTEj414moh pic.twitter.com/eD7ptrEtaG