“I have information about the presence of many homosexuals in our province,” Paul Makonda told reporters on Monday, calling on citizens to begin reporting homosexuals for round-ups to begin next week.

Under British colonial-era laws homosexuality is illegal in Tanzania, with same-sex acts between men punishable by a maximum life sentence. 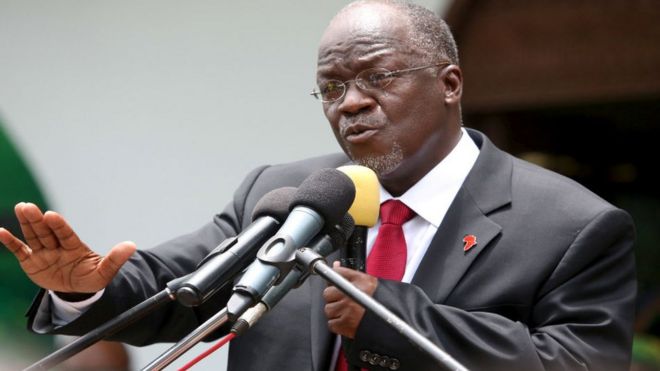 “Give me their names,” he demanded. “My ad hoc team will begin to get their hands on them next Monday.”

Makonda said he expected criticism from outsiders for his hardline stance but added: “I prefer to anger those countries than to anger God.”

Makonda said homosexual behaviour “tramples on the moral values of Tanzanians and our two Christian and Muslim religions”.

Anti-homosexual sentiment is rife in Tanzania, forcing most gays, lesbians and other sexual minorities to live in secrecy.

Video of Paul Makonda, the regional commissioner for Dar es Salaam, Tanzania, asking Tanzanians to report to him about alleged gays within three days. Says he has received reports of gays using social media to ‘advertise’ themselves. pic.twitter.com/dqH7NRNtSN

Political rhetoric against homosexuality has increased since Magufuli’s 2015 election.

Last year the president said that everybody should condemn homosexuality, “even cows” and soon after his government threatened to arrest or deport gay rights activists.

AIDS clinics have also been shut down under Magafuli, accused of “promoting” homosexuality, while he has encouraged women to abandon birth control and have more babies.