Barcelona can still win a “beautiful” Clasico even without Lionel Messi, according to Atletico Madrid star Antoine Griezmann.

Messi will be reduced to the role of spectator as Barca take on arch-rivals Real Madrid at Camp Nou on Sunday after suffering a fractured arm in last weekend’s 4-2 win over Sevilla, an injury that will sideline him for up to three weeks.

Madrid are a disappointing seventh in LaLiga, four points behind leaders Barca and Espanyol, and there is speculation coach Julen Lopetegui will be dismissed regardless of the result in Catalonia.

Their underwhelming start to the season follows a transfer window in which Madrid allowed Cristiano Ronaldo to depart for Juventus and did not make a move to replace him.

Yet even without the winners of the last 10 Ballons d’Or on the field, Griezmann, who confirmed his decision to stay at Atletico amid interest from Barca in a documentary released on the eve of France’s successful World Cup campaign, expects an enticing contest.
“It’s going to be a beautiful game like all the Clasicos,” he told ESPN.

“It’s a shame that Messi isn’t there for Barcelona, but they have the players to win. Madrid are in need of a win to move forwards.

“It will be beautiful to watch.”

France winger Dembele has five goals in 11 appearances for Barca this term, having been badly hindered by injury during his debut campaign at Camp Nou last time around.

Another big-money arrival under Valverde who has enjoyed more serene progress is Coutinho – the Brazil playmaker who is likely to be key to Barca’s approach in Messi’s absence. 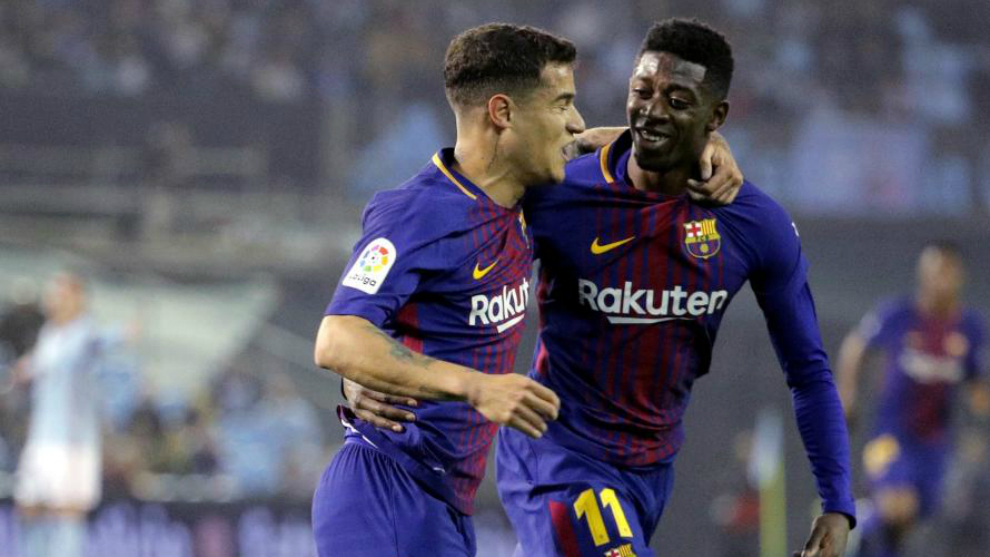 “Of course, we want more from him and I’m sure he’ll produce that.”

Coutinho has been freed up to operate in the front three by the accomplished performances of his countryman Arthur in midfield.

“This is a big game for him. It’s his first Clasico if he’s fit enough to play,” Valverde added, with regard to the stylish 22-year-old.

“He’s been training well. He’s fitted into our philosophy and the fans recognise that.”