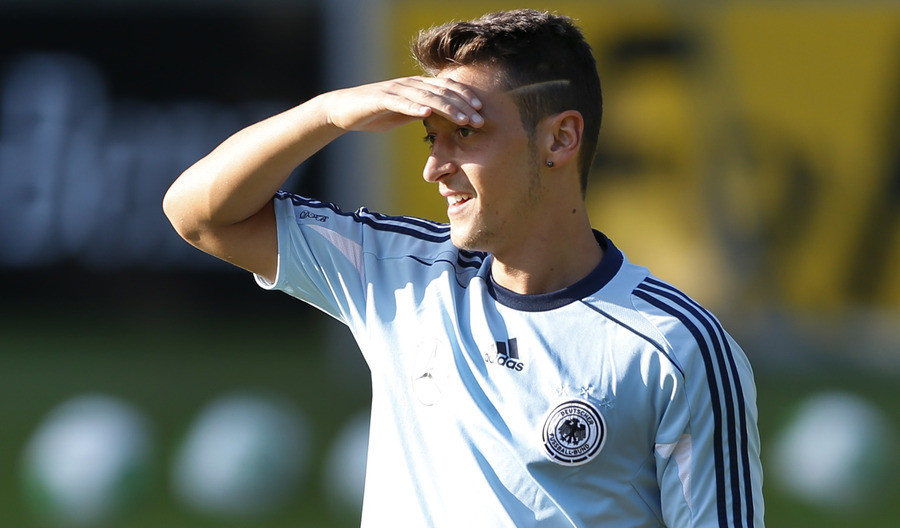 Arguably Arsenal midfielder Mesut Ozil  was used as a scapegoat for Germany’s early exit from the 2018 World Cup in Russia ,he still insists he still supports the 27-4 World Cup winners despite retiring from international football.A true Patriot right?

I've always been supporting the DFB Team since my childhood and I've still many friends playing for the German National Team. Of course I'm still supporting the team! https://t.co/flgtc13DZT

The 30-year-old was criticised in Germany prior to the World Cup when he and Manchester City midfielder Ilkay Gundogan, who are both of Turkish descent, were pictured alongside Turkey’s controversial president Recep Tayyip Erdogan.

And after team was crashed out in the group stage at this year’s tournament, Ozil announced his retirement and hit out at the “racism and disrespect” he felt he had faced.

In July, he wrote on Twitter: “The treatment I have received from the DFB and many others makes me no longer want to wear the German national team shirt.

“I feel unwanted and think that what I have achieved since my international debut in 2009 has been forgotten.

“It is with a heavy heart and after much consideration that because of recent events, I will no longer be playing for Germany at international level while I have this feeling of racism and disrespect.”

However, Ozil hosted a question-and-answer session on his Twitter account on Wednesday evening ahead of Arsenal’s Europa League clash at Sporting Lisbon and said he does not hold any grudges against the country he represented 92 times.

He said: “I’ve always been supporting the DFB Team since my childhood and I’ve still many friends playing for the German National Team. Of course I’m still supporting the team!”

The former Real Madrid man also discussed the possibility of a move to Turkey later in his career and praised the support former Arsenal boss Arsene Wenger gave to him during their time together at the club.

Apparently Germany’s poor form has carried on to the UEFA Nation League that they are currently facing relegation from the league and we can’t help think maybe the team’s problem was not really Ozil.But the good thing is that Ozil still love and supports the team .So Commendable.