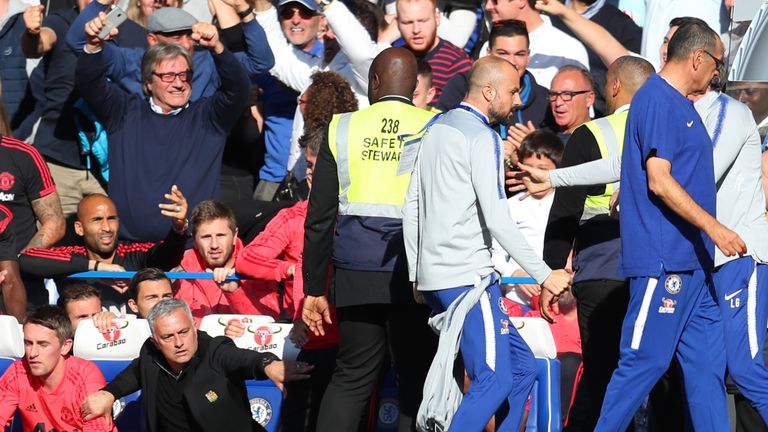 Well it seems the Chelsea manager is a man of second chances. Maurizio Sarri will give Chelsea’s second assistant coach Marco Ianni “another opportunity” after he apologised to Manchester United boss Jose Mourinho for their touchline row at the weekend.

Ianni was charged with improper conduct by the Football Association after greeting Chelsea’s late equaliser against United by wildly celebrating in front of Mourinho, who had to be restrained by stewards as things threatened to boil over.

Mourinho revealed he received an apology after the game and considered the matter “over” and Sarri insists Ianni has shown contrition.

“As I said after the match, we were wrong,” Sarri told a news conference.

“I was there when Marco spoke to Jose Mourinho and he said sorry immediately. It was very important that he realised he was wrong, so I want to give him another opportunity.

“I know that he was really sorry and he realised it was a mistake. Everybody can make a mistake, but you need to learn from a mistake. I think he will be able to do it.

Sarri admitted he too made errors when he was Ianni’s age.

“I think everybody has to learn from their mistakes,” he added.

“I think now like a man. I am better than when I was 35. Otherwise, I am stupid. If I am not able to learn from my mistakes, I am stupid.”

For a man who turned down a job in bank management to dwell into the football smoking business, Maurizio Sarri doesn’t seem like a bad guy after all. His assistant could do with such manners though.